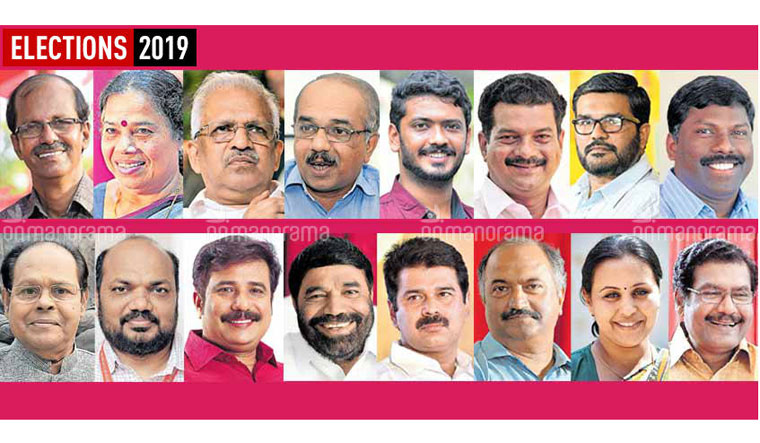 The 16 candidates of the CPI(M) | Onmanorama

The CPI(M) on Saturday officially declared its candidates in Kerala for the upcoming Lok Sabha elections. As per the final allocations, among the ally parties in the front, CPM will have 16 constituencies to contest, while CPI will contest in the rest four.

Here's the final list of 16 CPI(M) candidates for the upcoming general elections:

The CPI(M) made it clear at the meeting that it was taking Kottayam seat in which Janata Dal(S) contested in 2014. JD(S) protested saying denial of another seat was injustice. JD(S) and Loktantrik Janata Dal (LJD) finally caved in after registering their protests initially.

CPI(M) leader and Chief Minister Pinarayi Vijayan said seats were allocated in the larger interest of the alliance. "It was the need of the hour. Seats for assembly elections will not be allocated in the same manner," Pinarayi said to assuage the disappointed allies.

JD(S) president K. Krishnankutty played down the party’s disappointment while coming out of the meeting. However, serious protests were raised against the leadership in the state secretariat meeting that followed.

Allies are satised with the list finalised after inputs from all the parties, said LDF convener A. Vijayaraghavan. "Victory is the sole criterion. The rivals need to be defeated at any cost. More seats for CPM and CPI show their growth," he claimed.

LDF’s constituency conventions will be held from March 10 to 20. CPI general secretary S. Sudhakar Reddy had released the party list in New Delhi on Friday.