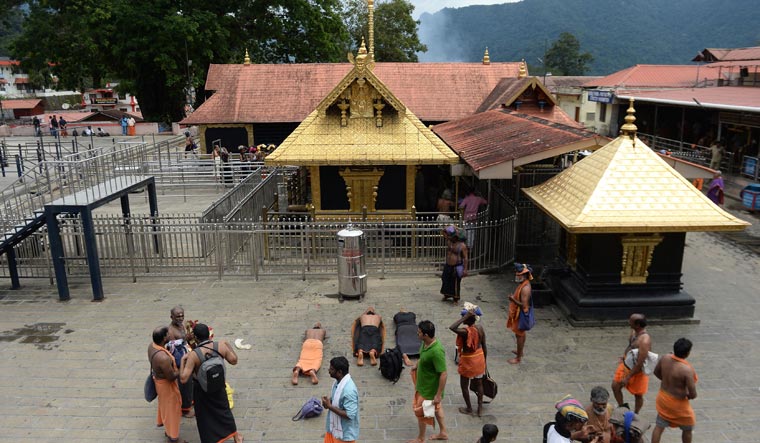 The BJP finds itself on the defensive in Kerala on the Sabarimala issue as polls are barely hours away. Only it can make sure customs are maintained, the party had claimed from the beginning of the Lok Sabha poll campaign.

Even Prime Minister Narendra Modi believed the Sabarimala issue can boost its chances in Kerala. But the Congress-led UDF claimed the BJP merely took advantage of the situation and did nothing to stop violation of customs in the hill shrine.

The UDF approached believers with tough questions on the BJP. Did BJP leaders or the Modi government intervene when the Sabarimala case was being heard in the Supreme Court? Did they file a review petition after the verdict? Why did Modi, who brought legislation in the triple talaq issue, not bring an ordinance in the Sabarimala issue? The BJP is yet to answer these criticisms convincingly.

Former president of the Travancore Devaswom Board and Congress leader Prayar Gopalakrishnan filed a review petition. The Congress intervened in the issue, asking why the BJP did not do so. The BJP manifesto says it will approach the Supreme Court to ensure a favourable verdict to maintain customs at Sabarimala.

The UDF claims that BJP’s promise is empty since arguments on the review petition in the Supreme Court are already complete. Modi has not able to convince the people despite his two visits, unlike Rahul Gandhi, who promised maintenance of customs at Sabarimala if elected to power.

The BJP’s stance on the issue was questioned right from the moment when NSS general secretary G. Sukumaran Nair’s commented on Sabarimala. The BJP tried to show the NSS, which was a party in the case in Supreme Court, was aligned with it.

But after elections were declared, Sukumaran Nair claimed the Modi government did nothing to stop violation of customs at the hill shrine. The UDF raised this among people along with criticism of LDF leaders, pushing the BJP on the back foot.

State Congress chief Ramesh Chennithala had demanded an ordinance soon after the Supreme Court's Sabarimala verdict. Leaders like N.K. Premachandran and Shashi Tharoor made similar requests in the Lok Sabha. BJP MPs in Parliament failed to raise this request. The BJP leaders, however, approached people in their campaigns portraying them as the victims of the fight to save customs in Sabarimala.

This story was first published in onmanorama.