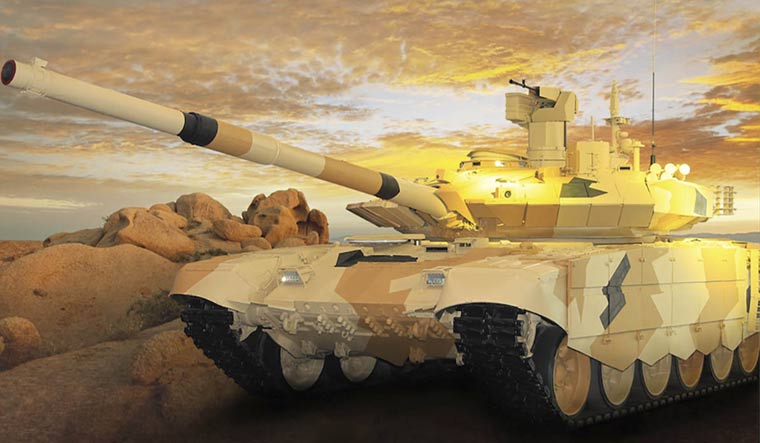 Russia's federal service for military-technical cooperation announced on Tuesday that the Indian government has decided to purchase “an extra batch” of T-90 battle tanks for the Indian Army.

The service told Russia's state-owned TASS news agency, “Russia is prepared for prolonging the licence and building up the production of T-90 tanks in India in connection with the Indian government’s decision to purchase more tanks for its armed forces.” The Indian Army had first purchased T-90 tanks in 2001 when 310 units were ordered.

On Monday, Jane's Defence Weekly, a reputed defence and intelligence publication, reported that the Cabinet Committee on Security had approved the purchase of 464 T-90 tanks at an estimated price of $1.93 billion. Jane's Defence Weekly claimed the T-90 variant that will be imported will be the new T-90MS. The publication added that a formal contract between the ministry of defence and Russia's Rosoboronexport arms export agency would follow in the “next few months”.

In November 2016, the Defence Acquisitions Council, under then defence minister Manohar Parrikar, had give initial clearance the proposed purchase of the 464 T-90 tanks.

The Indian Army is projected to have a force of over 1,600 T-90 tanks by 2020. The T-90 will replace the T-72 tank, first ordered in the Soviet era, as the mainstay of the Indian Army's armoured forces.

The T-90MS variant has improved electronics and defensive systems compared with the earlier T-90 variants. While retaining the ability to fire missiles like the earlier T-90 versions, the T-90MS features a “new turret weapon station with an upgraded 125mm gun”, according to Rosoboronexport. Another new feature of the T-90MS is a remote-controlled 12.7mm machine gun, which would be useful in urban combat scenarios.

Interestingly, the T-90 is one of the tanks the Pakistan Army is considering for a proposed purchase of 600 tanks.