Is Rajinikanth a 'Jailer' in upcoming Nelson film? 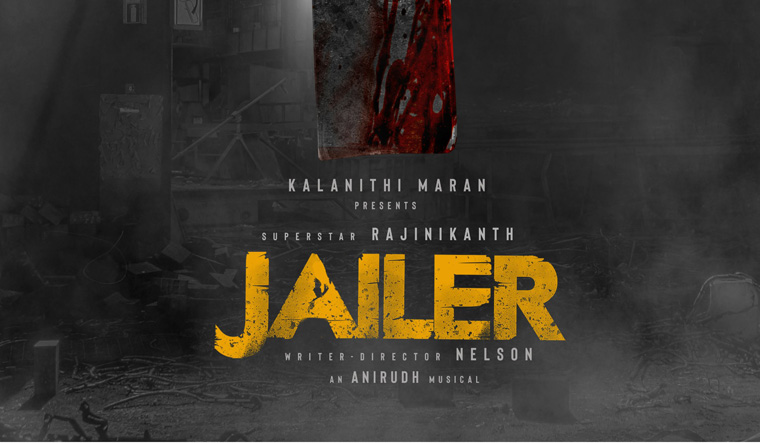 A huge cleaver smeared with blood, hanging from a chain is at the centre of the poster revealing Rajinikanth's upcoming film's title which has a background resembling an abandoned factory. Rajinikanth's 169th film directed by 'Beast' fame Nelson is titled 'Jailer.'

The title poster of the much-awaited Superstar Rajinikanth-Nelson film was released on Twitter on Friday. The film is produced by Sun Pictures and the music would be composed by Anirudh Ravichander. While much has not been revealed about the character played by Rajinikanth or the remaining cast in the film, expectations are high for the film which would see the Superstar yet again joining hands with an upcoming director from the Tamil film industry after 'Petta' and 'Annathe.'

A teaser-like short video which was released to announce the project in February was trending on Youtube. The video released four months ago went viral and has gathered 8.3 million views. Much was spoken about Rajinikanth's look in the teaser in which he has upped his style with a salt-and-pepper look and he does his famous sunglass stunt in the 57-second video.

Though rumours were abuzz that Nelson was dropped from the project after Vijay-starrer 'Beast' received mixed responses, it was dismissed later.