Funeral was attended by his wife, literary agent, a few friends and family members 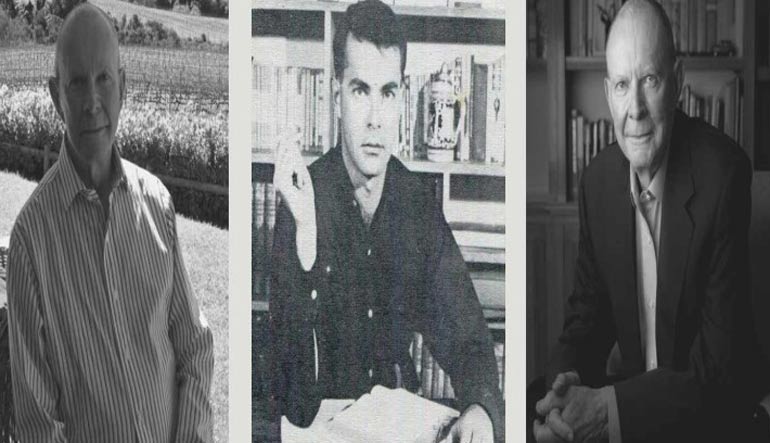 Best-selling novelist Wilbur Smith was laid to rest at Cape Town’s Durbanville Memorial Park on November 16, at 3pm South African Standard Time. His office said that the funeral was attended by “his wife Niso Smith, his literary agent Kevin Conroy Scott and a handful of intimate friends and close family”.

His office had announced his death on November 14, through his Twitter handle (@thewilbursmith) and through his website, www.wilbursmithbooks.com. The short tweet did not reveal the cause of death. “We are sorry to announce that the beloved, global bestselling author Wilbur Smith passed away unexpectedly this afternoon at his Cape Town home, with his wife Niso by his side,” it said. The website offered a little more information by adding that he died in the “afternoon at his Cape Town home after a morning of reading and writing….”

Scott, Smith’s literary agent since 2010, said: “Wilbur Smith was an icon, larger than life, beloved by his fans who collected his books in hardbacks and passed his work down through generations, fathers to sons and mothers to daughters. His knowledge of Africa, and his imagination knew no limitations. His work ethic and his powerful, elegant writing style made him known to millions. I cherish the role of working side by side with his wife Niso and the Wilbur and Niso Smith Foundation to keep the flame of his fictional universe alive for many years to come.”

Scott’s last line will not be appreciated by many fans. In recent years, the purists among the author’s fans had been displeased by Smith’s decision to co-author novels rooted in the ‘Wilbur Smith universe’. In internet forums, they blamed people close to him for this “dilution”.

Smith was deeply loyal to his original publishers, Macmillan, and stayed with them for 45 years. In December 2012, he moved to HarperCollins in a six-book, $24 million deal—which included the co-authored novels. The first of those was Golden Lion (2015).

Smith’s vision is expected to continue through The Wilbur and Niso Smith Foundation, which awards The Wilbur Smith Adventure Writing Prize. The international prize “supports and celebrates the best adventure writing” and is open to any author writing in English. The prize is presented in three categories—best published novel, best unpublished manuscript, and author of tomorrow.

Interestingly, the prize has an Indian connection this year. One of the awardees in the best unpublished manuscript category is The Black Water Code by Sumanta Ganguli. The Kolkata-based Ganguli has written about “the true history of a little-known British covert mission that had a dramatic impact on the outcome of the Second World War”.