All the Mohanlal movies to watch out for post the pandemic

The much-awaited 'Marakkar: Arabikadalinte Simham' was supposed to release in March 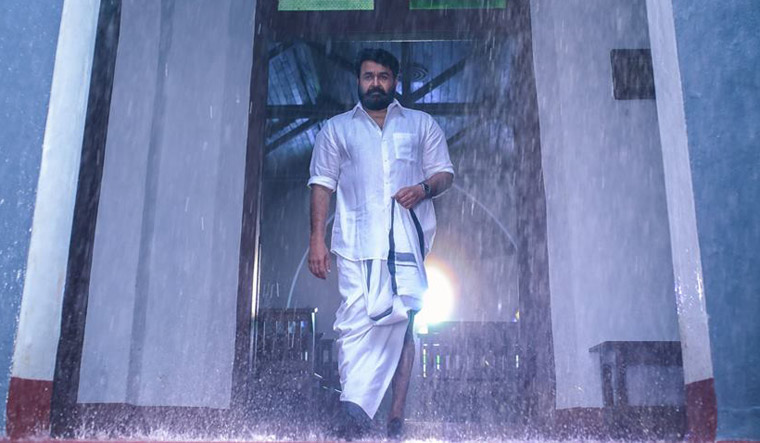 The coronavirus pandemic and the subsequent shutdown hit the entertainment industry with production work halted, and movie releases postponed indefinitely. Mollywood, too, suffered and one of the much-anticipated releases that got pushed was Mohanlal’s Marakkar: Arabikadalinte Simham. Directed by Priyadarshan, the film was set for a March 26 release earlier

As Mohanlal celebrates his 60th birthday, here’s a look at the some of his biggest upcoming projects. According to reports, director Jeethu Joseph and Mohanlal have also confirmed a sequel to the crime thriller Drishyam, which rewrote Mollywood box office records in 2015.

Directed by Priyadarshan and bankrolled by Aashirvad Cinemas, the film is based on the life of Kunjali Marakkar IV, the powerful fourth Muslim naval chief of the Zamorin, during 16th century Kerala. According to media reports, the period drama is produced at a budget of Rs 100 crore, and will feature an ensemble cast of Keerthi Suresh, Manju Warrier, Arjun Sarja, Nedumudi Venu, Innocent, Suhasini and Mukesh among others. Bollywood actor Suniel Shetty is also part of the cast.

Speaking about the movie, Mohanlal had said the shooting of the movie was completed in 110 days and added that it was a hectic work. Hailing the director, Mohanlal said Priyadarshan managed to blend historical elements with cinematic ingredients well. After the magnum opus got postponed, there has been no report on when it will release post the pandemic.

The sequel to Mohanlal’s 2019 blockbuster Lucifer, the film is also expected to start production soon. Announcing the sequel in June last year, Prithviraj who made his directorial debut with Lucifer, said Empuraan won't be just be the continuation of the plot in Lucifer. It will also be sort of a prequel to the movie, revealing more about the past of the characters that were shown in Lucifer. Mohanlal’s character—Sephen Nedumbally/Khureshi Ab’raam—had received overwhelming support from fans.

The acting virtuoso who has featured in over 300 films steps into direction with children’s fantasy drama. In July last year, Mohanlal spoke of the project in a video he shared on his social media platform. Barroz is set against the backdrop of the maritime history of Portugal, Spain, Africa and India. It is, indeed, about the shared heritage that we inherited from our ancestors,” noted the veteran actor. Barroz, Mohanlal's ambitious directorial debut has been written by Jijo Punnoose who gave India its first 3D movie—My Dear Kuttichathan. Barroz is a story on a Portuguese mythical figure who is believed to have guarded Vasco da Gama's treasures. Veteran cinematographer KU Mohanan will crank the camera for the film that will be bankrolled by Antony Perumbavoor under the banner of Aashirvad Cinemas.

Much before Jeethu Joseph announced Drishyam-2, Mohanlal and the director were shooting for action-thriller Ram. The film also features Tamil actress Trisha. Amid reports that the project has been shelved, Jeethu recently took to social media to dismiss the rumours. “We had to stop the work of 'RAM' due to the spread of Covid Virus, but it will resume shoot once the virus threat is down in UK and Uzbekistan. Since kerala is one of the few places in the world where Corona has been controlled effectively, its likely to start the shoot early here. Considering this possibility, in the meantime I am thinking of a film which has its shoot entirely in kerala but this doesn't mean in any way that I have abandoned the project 'RAM',” he wrote in a Facebook post.