Will 'Barroz', to be directed by Mohanlal, be a game-changer for Mollywood?

Barroz, the maiden directorial venture of Mohanlal, would go on floors in October 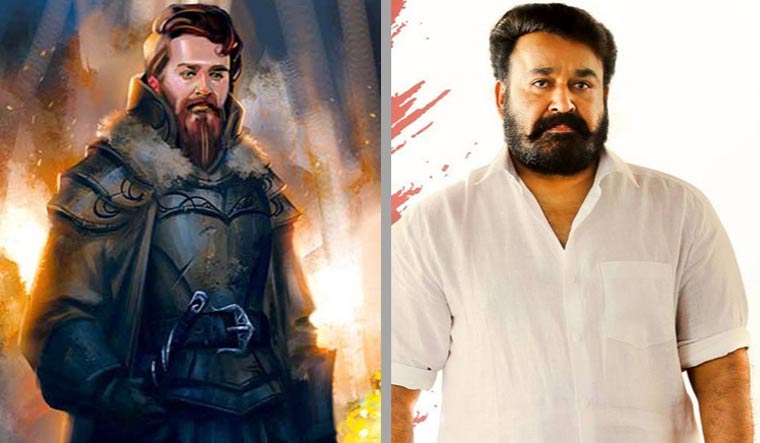 Superstar Mohanlal’s fans were on cloud nine when he announced his most ambitious project- Barroz. For the first time, the screen icon would be donning the director’s hat besides playing the lead role of Barroz, the 400 year old fictional character who stands guard for Vasco da Gama’s immeasurable treasures.

Barroz, the maiden directorial venture of Mohanlal, would go on floors in October.

The story from the past

When Mohanlal came to the sets of Manjil Virinja Pookkal in the year 1980, producer Navodaya Appachan’s son Jijo Punnoose was already there. The beautiful friendship began then, and it still continues with the duo motivating each other. The story of Barroz is based on a novel written by Jijo. He has already completed the screenplay of the movie.

It has been four centuries since Barroz had been waiting on the shores of Portugal, guarding the precious gems, gold and other valuable treasures brought from different parts of the world.

Whenever he sees a ship afar in the sea, against the horizon, he hopes that the treasure’s rightful heir would be in it. Barroz is determined to hand over the treasure only to the rightful heir of Vasco da Gama. Once, a kid reached the shores claiming that he is the descendant of the legendary Portuguese explorer and the sole heir of the treasure. Thus began Barroz’ journey through time, space and sea to find out the kid’s predecessors. This is the theme of the movie Barroz which will be helmed by Mohanlal.

The actor calls it a journey through marvel. The audience would go through a unique and scintillating experience as an astonishing world of oceans, treasures, intrigues and other magnificent features unfold in front of them in 3D.

Jijo – the mastermind Jijo Punnoose is often identified among his friends in the industry as a spectacular individual who dares to dream the unthinkable before anyone else could. It was Jijo who directed the multi-starrer super hit film Padayottam which is the first 70 mm movie ever to be made in the country. India’s first 3D movie My Dear Kuttichathan too was directed by Jijo. He is also the creative force behind the popular water theme park Kishkinta. Even his studio, Navodaya, was one of its kind, in the county, during its prime days. Those who meet the film maker would end up being his admirer in awe of his unique ideas and thoughts.

However, Jijo has been living as a recluse until now, away from the limelight of the cinema industry. Interestingly, Jijo was the one who inspired Mohanlal to turn director from where he began forty years ago, through Manjil Virinja Pookkal as a villain.

Mohanlal is a veteran and a superstar who has acted in around 340 movies. In a career spanning four decades, the impeccably talented actor has essayed many spectacular roles on screen. However, it is for the first that the screen icon will be directing a movie. Those who have worked with Mohanlal would know that after a shot has been canned he would go behind the camera to watch the scene on the screen. Before this technology became popular, Mohanlal used to watch the shot through the camera even before it is arranged.

The actor, not even in his sleep, has mumbled about directing a movie. He hadn’t even hinted to his dear ones about his direction plans. Mohanlal has had vigorous discussions about the project with Jijo for around six months. The actor decided to direct the movie himself after going through the screenplay quite a few times. This news was revealed only after deciding half of the cast. There was certain discreetness even while disclosing the unique theme of the movie.

Mohanlal would also don the role of the titular character. Barroz would feature many talented actors from Bollywood and abroad. The movie would be dubbed in most of the Indian languages. The film would reportedly be shot in various locations including Goa and Portugal.

A game changer for Mollywood?

This humongous project has an amazing business prospect as well. Jijo is an artistic visionary whose imaginations travel beyond the time and Mohanlal is an incredibly talented actor who is known for his versatility. The project which brings together these two talents definitely promises incredible commercial possibilities.

3D movies are hugely popular among children and the fact that such a movie hasn’t been produced in India, in the recent times, increases its scope. The movie, directed by the biggest crowd pulling actor, hopes to bring forth unbelievable commercial gains that the Malayalam cinema industry has ever seen. The ambitious project is bankrolled by Antony Perumbavoor.

Prior to its release, Mohanlal would thrill the audience as historical character Kunjali Marakkar in the Priyadarshan directorial Marakkar: Arabikadalinte Simham. Marakkar will be released in 10 Indian languages. Mohanlal would be treating his fans with Marakkar and then Barroz which are touted as the greatest productions from the Malayalam movie industry.