21st IIFA awards to be held in MP; Salman Khan says he owes much to the state 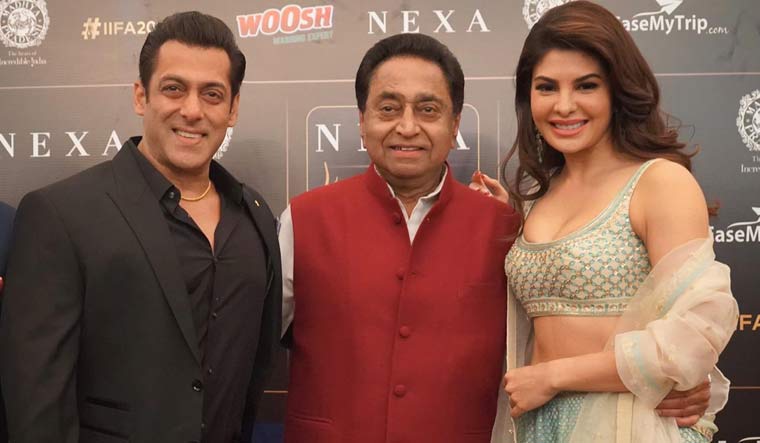 Bollywood superstar Salman Khan will host the 21st International Indian Film Academy (IIFA) awards at his ‘home town’ Indore of Madhya Pradesh to be held from March 27 to 29. A pre-event festival would be held in Bhopal on March 21.

This was announced at a press conference on Monday at Bhopal, attended by Salman Khan, Jacqueline Fernandez and Madhya Pradesh Chief Minister Kamal Nath.

Khan, whose family hails from Indore, recounted memories from his childhood and said whatever he is today—“and I’m good, not bad”—was because of the learning and education that he got in Madhya Pradesh. The actor had part of his education at Scindia School in Gwalior. He also mentioned that he had stayed in Bhopal for two months about 39 years ago.

The superstar also lauded the leadership and initiative of CM Nath saying a young state like Madhya Pradesh cannot have a younger chief minister than Kamal Nath ‘who can stand up for anything’.

Nath on his part said the IIFA organisers made a good choice when they selected Madhya Pradesh as the venue for the award ceremony, because the state had good infrastructure, heritage, forest, landscape, natural beauty and over all simple and good-natured people who are welcoming in nature.

The chief minister said he wanted to dedicate the award to the tribal and poor youth of the state and was confident that such events showcased the state’s potential to attract investment and generate employment and livelihood opportunities.

Salman Khan said he was sure that more Bollywood movie shootings would be held in Madhya Pradesh as the chief minister was willing to give rebates.

Jacqueline Fernandez, who visited Bhopal for the first time, asked the chief minister as to how the state is so clean and beautiful, to which Kamal Nath replied that it was due to the people of the state and added that IIFA should hold the event again in MP next year and they would find a even better state.

Meanwhile, fans of Salman Khan thronged outside the venue of the press conference at Minto Hall in Bhopal and the hotel where the superstar was put up during the day, for hours. A huge security net, including police and Khan’s private security, was thrown around both the places and the route that the actor took to the venue.