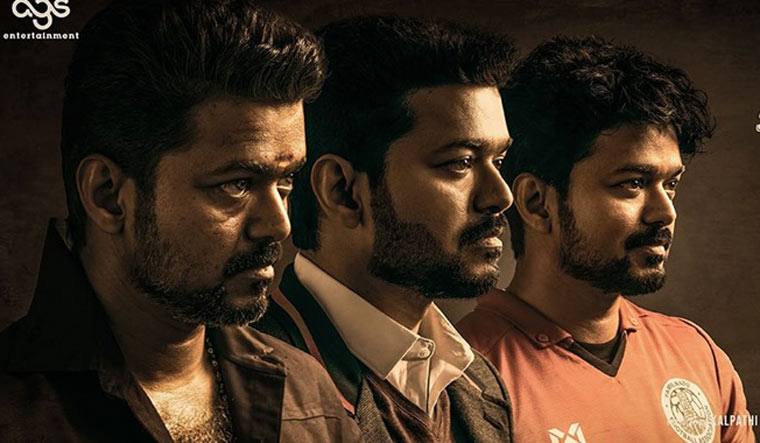 After months of wait, fans of Vijay heaved a sigh of relief on Thursday when the date of release of the movie was finally announced.

Bigil, a sports action thriller, in which Vijay will be donning different avatars will be released on October 25 (Friday).

Executive producer of the movie, Archana Kalpathi, took to Twitter to announce the release date.

Although Bigil was touted as a Deepavali release, the wait for the release date was excruciating for the ardent fans of the actor. Fans have been repeatedly asking through social media for updates on the release date. Speculations were rife that the movie would be released two days before Deepavali.

Directed by Atlee, who was the man behind Vijay's two box office hits, Mersal and Theri, Bigil has already broke a record by becoming the most liked trailer in India with two million likes. It is also one of the most awaited Kollywood movies of the year.

The trailer of the movie shows Vijay as an energetic footballer, a strict coach and a local don. Bigil is the most awaited film of the year and appears to have all the elements for Vijay fans to cheer—romance, action, punch dialogues, comedy, drama and plenty of football.