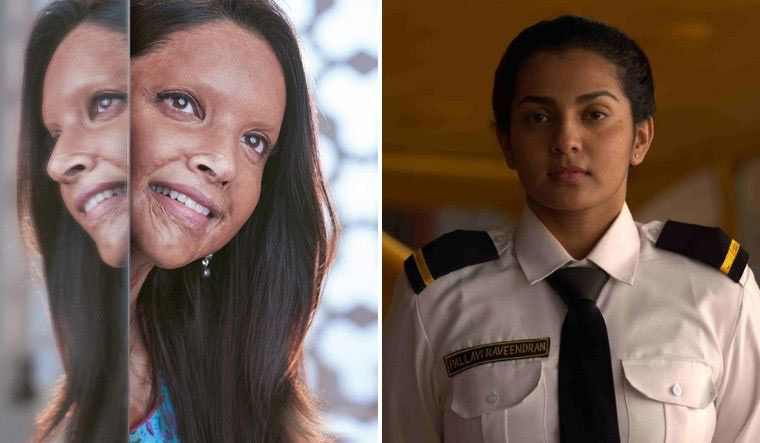 Malayalam actress Parvathy Thiruvoth is known for her strong character roles and has been impressing audience and critics with powerful performances. In the much-awaited film, Uyare, that releases Friday, Parvathy will essay an acid attack survivor.

Parvathy plays Pallavi Raveendran, a pilot. The film, directed by Manu Ashokan, also features Asif Ali, Tovino Thomas, Prathap Pothen and Siddique. Though we do not get to see her transformation after the acid attack in the trailer, we are shown a partially covered face. In Bollywood, Deepika Padukone had recently shared a haunting first look from her film, Chhapaak, based on the true story of acid attack survivor Laxmi Agarwal. Padukone had said she was deeply moved by Laxmi's story. Deepika's prosthetics and transformation for the Meghna Gulzar-directorial had drawn a lot of attention on social media.

Uyare, is not entirely based on a true story, but inspired from a spate of acid attacks against women, and gender-based violence in the country. The film's writers Bobby and Sanjay have reportedly spoken to several acid attack victims as part of their research.