The beneficiaries must help others 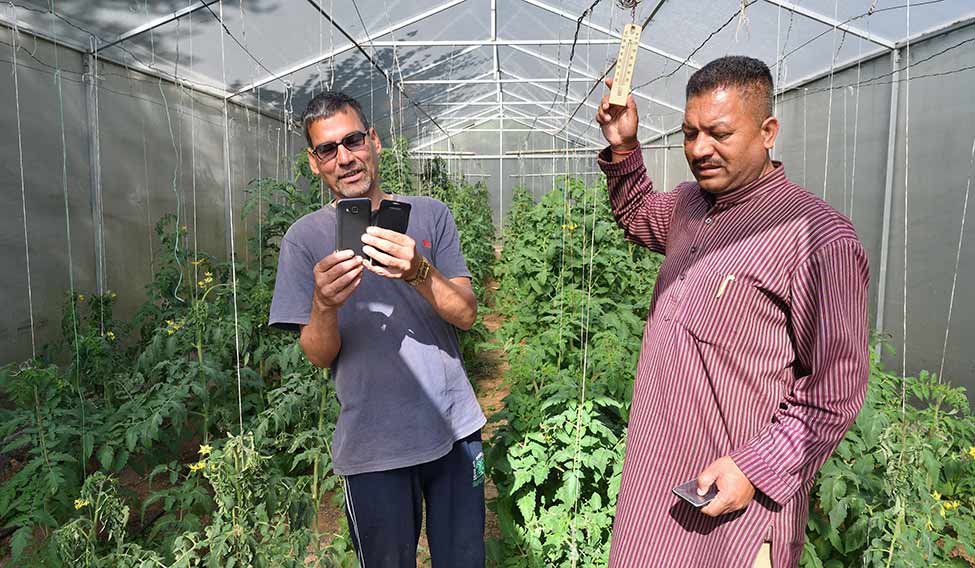 Equipped to win: Kandwal and Laxman Singh Sajwan inside the polyhouse that was built with help from GRASS.

Raghuveer Kandwal has taken one step at a time. And every time, the step was measured to benefit someone who needed help. Excerpts from an interview:

Was helping the earthquake victims in 1991 the starting point?

That is something everyone did. But when I saw the scale at which it was being done by organisations like HESCO [Himalayan Environmental Studies and Conservation Orga-nisation], I decided to scale up my efforts. The turning point was when I realised that social service was turning into business, albeit with the idea of giving people a livelihood.

Most NGOs run a school to educate the poor.

We did start a school, made it free so that children could come. We started with two classes and 20 students, and it went up to class 4, with 40 children in a class. Then came the issue of having it recognised, registered, etc. I felt it would distract us from my vision of livelihood for all. So, we gave away the school, free of cost, to an established school. But we are still working in the field of education in many other ways. Similarly, we don’t run clinics. 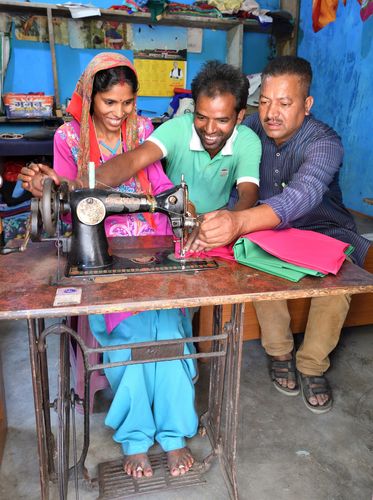 Maya Devi, who did a six-month training course conducted by GRASS, with husband, Pari Lal (centre), and Kandwal.

How did the fruit processing business grow to this scale?

When I started buying fruits to scale up our efforts, others got interested. They, too, wanted to buy fruits and yet others wanted to make juice themselves. Those who sold maltas grew more, guarded them better from boys who would throw stones.

Then it became a broad base of growers, fruit pickers, processors at the first stage, second stage, and marketing. We got a licence from the cottage industries department in Lucknow. Then it grew even bigger. Now, when there is a wedding in any village you won’t see Pepsi or Coke. Only NATURE [the juice Kandwal markets].

How were people trained for it?

I had no doubt that I should train myself first in everything we did. It gives me the skill to assess how it will work for us. Then I train a few, and each of them trains a few more. That is a must for everyone involved in this. They have to learn everything so well that they can do it, teach it to others and hand-hold them in performing a role, whatever the level.

How did you think of including other areas like health care and livelihood?

The fruits brought me face-to-face with the growers, the women who worked in the fields, their children. I heard their problems and we tried to solve them in the simplest way we could. Some of it resulted in improvement of the agricultural practices, some social, some economic, some health. When we expanded, we needed people to train others, supervise finances and so on. Then came the women’s self-help groups.

What are your expectations?

That a beneficiary does not need help a second time. And, I expect every beneficiary to become a part of GRASS (Gramin Sudhar Evam Shramik Seva Sansthan) and work for other beneficiaries. That is the only way forward for us as society.

What is your biggest challenge?

It is to identify the right beneficiaries, who will further this cause of improving society at large, providing livelihood to all.