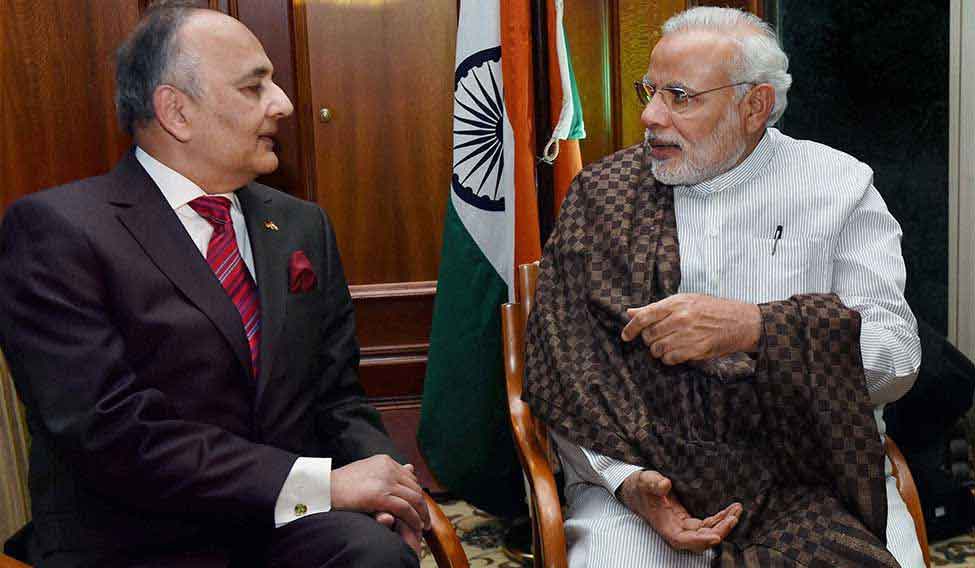 Despite the assurance of Prime Minister Narendra Modi to the family of Subhas Chandra Bose to consider making public the secret papers on Bose, the BJP government seems reluctant to do anything on it. In response to an RTI plea, the Prime Minister’s Office denied information relating to the classified documents, citing implications on India’s relations with some country. Even after the West Bengal government declassified certain secret papers on Bose, officials in the PMO and the Internal Security Division of the home ministry have yet to get any instruction on it.

Some people in the government, however, feel that Modi’s meeting with the members of Netaji’s family in October may trigger some movement. “If at all the government takes a decision to declassify the documents, it will take more than a year to do so, as the files are voluminous, with two reports of the Mukherjee Commission, and they are scattered with some in the PMO, a few in the ministry of external affairs and the largest portion in the home ministry,” said a government official.

There are 41 files in the PMO, of which 20 are related to Bose’s death. The home ministry has 1,00,000 documents and the external affairs ministry 29 files. Of these, 10,000 pages have been declassified by the home ministry and sent to the National Archives. Former home secretary G.K. Pillai issued the order. “The rest of the papers should also be declassified,” he told THE WEEK. “Now 70 years have passed. There is no point hiding them.”

The most sensitive of the Bose papers are with the PMO. These 41 files are segmented under the Official Secrets Act. Four of them are 'top secret' (Widow and daughter of Bose—Miscellaneous Correspondence with and about) and 20 are 'secret' (Transfer of Ashes of Bose to India). The rest are on 'Death/Disappearance of Bose—Justice Mukherjee Commission of Enquiry'. And, there are 10 unclassified documents pertaining to volume two of the Mukherjee Commission.

Former cabinet secretary T.S.R. Subramanian did not see any point in declassifying the documents now. “Since it has been kept secret for so long, I don’t think revealing them would serve any purpose,” he told THE WEEK. “It would not be good even to do so. Unlike in the US, where files are declassified after 25, 40 and 60 years, there does not exist any rule in India.”

Former IB director Arun Bhagat, however, disagreed. “If some people played foul and get affected now, so be it,” he said. “Netaji was an integral part of Indian history and historical truth should not be hidden. The present generation should know the real history. I am now even more curious to know what is it that they are hiding.”

What triggered the demand for declassifying the Bose papers was the revelation that Netaji’s family was snooped on for 20 years after independence. An outraged Bose family felt that the government should declassify all the files relating to Bose to solve the mystery. It also mattered that the demand for transparency is increasingly heard in public and political circles.

Many people say, with Modi at the helm, it is a suitable time to reveal the secret files on Bose. But the age-old bureaucracy, which generally stops the free flow of information, may still prove to be hindrance.

Hidden folders
* The PMO has 41 files on Bose, of which 20 are related to his death
* The home ministry has 1,00,000 documents. It has declassified around 10,000 pages
* The external affairs ministry has 29 files