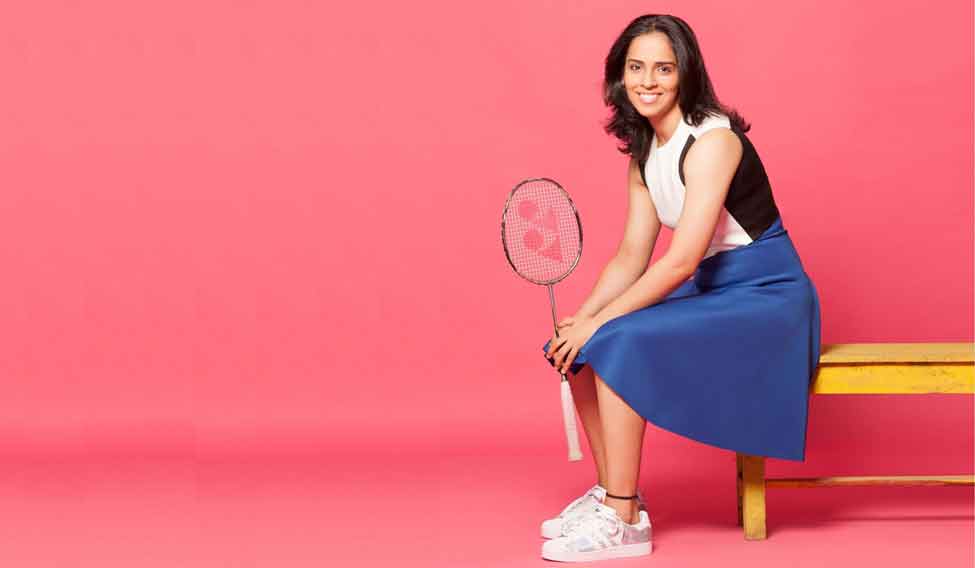 Can she beat the best?: Seeded fifth, Saina is in the top half of the draw, alongside world number one Carolina Marin, Olympic champion Li Xuerui and Sung Ji Hyun of South Korea.

Oh my God! That is your first reaction when you see her. Saina Nehwal looks lean, mean and hungry nowadays. The world number five is undergoing intensive training at the Prakash Padukone Badminton Academy in Bengaluru, under the watchful eyes of her coach Vimal Kumar. This has been her base for almost two years now. The second wind, as many people have been calling Saina’s resurgence, has emanated from here.

Since the beginning of her career, Saina’s base had been Hyderabad. She had trained under veteran coach S.M. Arif and then under Pullela Gopichand, chief national coach and former All England Open champion. It was under Gopichand’s strict training at his academy in Gachibowli that she became India’s shuttle queen.

In 2014, however, Saina made headlines with her decision to part ways with Gopichand and train under Vimal Kumar in Bengaluru. She was, perhaps, looking for a change in environment and routine to bring a renewed vigour to her game. And it worked.

The past 12 months have been turbulent for Saina. The high of becoming world number one was followed by the low of being in such gruelling pain that even moving on court became unbearable. Last September, it was found that Saina had an Achilles tendon injury. As the injury worsened, she missed a few big events. In the events she took part in, she ended up making early exits and losing the crucial points she was aiming to defend. In April this year, she dropped to her lowest rank in the past five years—world number eight.

The pain became so excruciating that she almost threw in the towel, and it seemed that her Rio dream was all but over. “The injury affected her momentum. We didn’t realise the seriousness of it… [until] after the China Open [last November],” Vimal Kumar told THE WEEK. “Then the rehab process started.”

Kumar roped in strength conditioning coach Deckline Leitao to work on the rehab. “It [the injury] is above the heel, back of the foot between calf and heel,” said Leitao. “It is the worst injury to have for a badminton player. Saina couldn’t move around, couldn’t hop.”

Leitao was brutally honest: He told Saina that the rehab had no shortcuts and would require a lot of hard work. “I told her right at the beginning that the only solution was to make the muscle powerful. The aim was to take her to the next level. We started strengthening exercises. She is very gritty, and grit in most Indian athletes’ cases helps them pull through pain and lack of power or energy.”

If there is one quality in Saina that you cannot doubt, it is her grit. Every day, she spent four to five hours in the gym, working on healing and strengthening muscles. And it started yielding results. “From February onward, she began bouncing back,” said Kumar. “Initially, she couldn’t defend her points and her ranking dropped. The good thing was that she was losing in semifinals—so it wasn’t as if she were losing badly. Finally, she hit her stride by beating top contenders in the Australian Open.”

June 2016 was a defining month for Saina. Though she lost the quarterfinal of the Indonesian Open, she won the Australian Open Super Series. The new Saina looked fitter and faster, and she played an attacking game to beat world number four Ratchanok Intanon and world number two Wang Yihan. The Australian Open was her first title of 2016, and it ended a 15-month title drought. “During Indonesian Open and Australian Open, Saina moved beautifully on court,” said Leitao. “She looked lighter, and didn’t feel dead after a match. She warms up better, and doesn’t need much recovery time.”

Kumar is happy that he got seven weeks after Australian Open to work with Saina, planning and preparing for Rio. “When you are pain-free, you enjoy yourself out there,” he said. “She has put in a lot of good work in the seven weeks, working on the tactical aspects. I am quite happy.”

Saina is seeded fifth in Rio. She finds herself in the top half of the draw, alongside world number one Carolina Marin of Spain, Olympic champion Li Xuerui of China and Sung Ji Hyun of South Korea.“Saina is okay with the seedings and the draw,” said Kumar. “If you have to win a medal, you have to beat the best.”

The women’s field in Rio is different from the one in London 2012, where Saina won a bronze. If the Chinese were the main opponents in London, there are no clear favourites this time. Marin goes in as a favourite, while Wang and Li offer the strongest Chinese defence. Then there is Intanon, who won three straight Super Series titles this year, and Japan’s Nozumi Okuhara, who has improved her rank steadily.

“It is an absolutely open field this time, unlike London, where the two top Chinese girls got to the finals. There are two Japanese, two Koreans, Marin, Intanon and even [P.V.] Sindhu. They all have beaten each other; all have equally good chances,” said Kumar. “Saina has the experience and knows how to deal with pressure situations. She is a very strong contender for a medal.”

Fear motivates me to give my best

You have been world number one, with multiple titles and medals under your belt. You have nothing left to prove. Yet, the expectations never diminish.

I expect something new and better from myself, too, when I step on court. The people who watch me, too, feel like me. As long as my body and my health permit me to give the best results, I will play.

You are already an Olympic medallist. Is there pressure to win another medal? Or do you feel free enough to just go out, give your best and enjoy the game?

There is no freedom. We are all human; fear still motivates me to give my best. Whether it is a small or big tournament, the fear [of losing] is always there. It is not easy to simply enjoy my game. I have to work very hard to achieve the results I want.

Between London and Rio, there have been four years full of ups and downs. I became number one and then had lots of nagging injuries, which forced me to skip some major tournaments. I also decided to leave my home base, Hyderabad, and train in Bengaluru. Thanks to well-wishers and the grace of the Almighty, I managed to prevail over all the challenges.

What motivated you to take a shot at another Olympic medal?

Winning Olympic medals is the ultimate goal for any player in any sport. To achieve it, one has to fight all odds. It requires training, fitness, family’s support and a lot of hard work. Some good luck, too.

How challenging has it been to overcome the injuries, especially the Achilles tendon injury that hampered your movement, and maintain a top rank going into Rio 2016?

It has been very difficult. A player’s life, bread and butter, is to be “active”. If you are not fit, healthy and active on court, it is akin to being almost dead. People are happy when they see a player who is winning, but they don’t see the pain and difficulty that he or she is going through because of injuries.

What difference has your strength conditioning coach Deckline Leitao made to your game and movements?

Mr Deckline is a very talented person. His role is to ensure my body remains active…. When I am in pain, he is best aware of which part is ailing, and he immediately tells me about how to address it. He made me fitter, faster and better than before.

How important was the Australian Open Super Series win in June—your first title in 2016? What made you adopt a more aggressive approach?

Every win is important. Since it came prior to the Olympics, it is considered as an appropriately timed win. Yes, there was more aggression in my game after I came out of a forced rest of about three months.

Yes, I registered good wins against top players in the Australian Open. These wins were very encouraging. I am training hard with my coach Vimal [Kumar] sir and hope to do well at Rio, too.

You have been training with Kumar for over a year. What are the positives you have gained?

I feel very free while training with Vimal sir.  He allows me to do what I want to do.

Players like P.V. Sindhu and Kidambi Srikanth are making their mark. Has that helped take pressure off you?

It is good that more players are coming up, representing India at the highest level. Each one is strong in a specific area.

Your form could not be submitted.
This browser settings will not support to add bookmarks programmatically. Please press Ctrl+D or change settings to bookmark this page.
Topics : #Olympics Special Rio 2016 | #Saina Nehwal