Saina, who is not yet 100 per cent fit, was not expected to play at the event 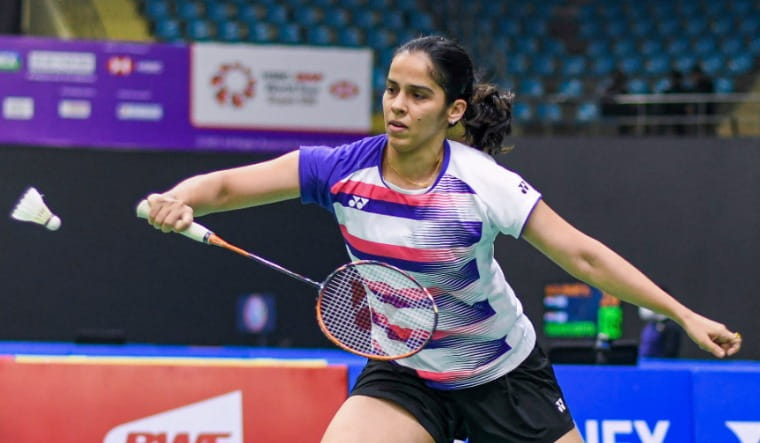 Badminton player Saina Nehwal in action during her opening round of the Yonex-Sunrise India Open 2022 at IG Stadium, Delhi | PTI

Saina has had a prolonged injury hiatus from the sport. The former world number one was forced to miss a lot of tournaments in 2021, including the World Championships, due to multiple injuries.

Still not completely fit, Saina reached the second round of the India Open, where she was not even expecting to play.

She advanced after her opponent Czech Republic's Tereza Svabikova suffered a back injury and retired mid-way, on Wednesday. Saina was leading 22-20, 1-0 at that time.

She will meet compatriot Ashmita Chaliha, who got the better of french shuttler Yaelle Hoyaux 21-17 21-14, in the quarterfinal.

Prannoy received a walkover as his opponent Mithun Manjunath withdrew from the tournament after testing positive for COVID-19.

The men's top seed Kidambi Srikanth, doubles player Ashwini Ponnappa, Ritika Rahul Thakkar, Treesa Jolly, Simran Aman Singh and Khushi Gupta are the other players who had to withdraw from the tournament due to the positive COVID-19 results, which led to several walkovers.

Prannoy will meet the winner of the second-round clash between third seed Lakshay Sen and Felix Burstedt of Sweden.