Saina review: A selective peek into a champion's life 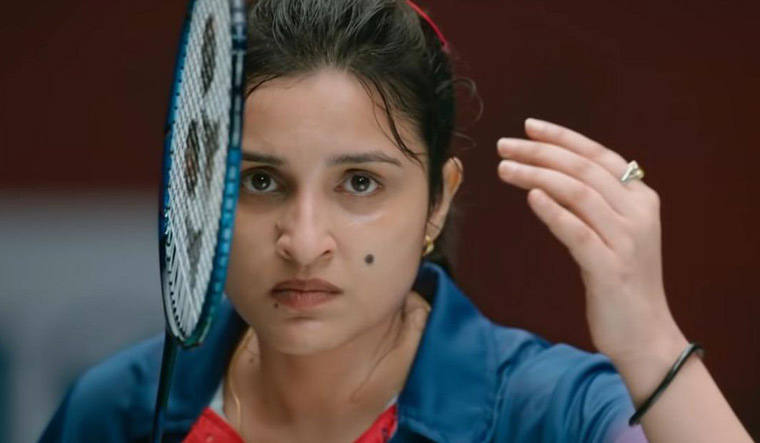 Does badminton mean more to Saina or is it the other way around?

The movie 'Saina' does not ask this question outright, but it does lob it up like a gentle serve. In one of the early scenes, when someone close to her is lying in a hospital, Saina gets up to leave. Her father tells her to stay and pray. She replies, “That's what I'm going to do”. In a state of helplessness, she goes straight to the court and starts smashing the shuttle. It's likened to ringing bells at a temple. Badminton is her only answer to every question.

In the second half, as she joins a new academy after a fallout with her coach, her new trainer takes her into a “hall of mirrors”. A group of young girls gathers around her; they are her fans and want to emulate her. She can see herself in these little “mirrors”. Her coach then tells her that she is the most important thing to have happened to women's badminton in India. Arguably true.

As for the question of who means more to whom, the movie has no interest in answering that. It just wants to show that the two are inextricably linked.

What the makers are more interested in are the people that shape the champion. A fierce and ambitious mother, a soft and understanding father, a disciplinarian coach and a eternally supportive partner, all work hard to mould a girl from Haryana into a world-beating athlete.

But it is the relationship between Saina and coach Rajan (modelled on Pullela Gopichand) that drives the show. Manav Kaul as the coach is the best part of the movie, followed closely by Meghna Malik as the mother.

Parineeti Chopra's performance is as uneven as the size of the mole on her face. She is earnest and nails the emotional tone, but she also slips in and out of the Haryanvi tongue. Overall, it is one of the actor's better performances.

For lovers of the sport, though, there is little to bite into. The only fleshed out match is the one where Saina beats Carla Martinez (Carolina Marin) to become world number one. The film doesn't dwell on strategies tailored for each opponent, or on how Saina changed her game over her career. The badminton scenes are quite montage-y; close-ups and quick cuts mask Parineeti's understandable ineptness. There is also the usual Bollywood trope of motivational music accompanying a feisty comeback.

The only match scenes that feel raw and authentic are the ones featuring the young Saina. The child actor who plays her is apparently an actual shuttler, and that shows. What also works is director Amole Gupte's proven record of getting the best out of child actors ('Taare Zameen Par', 'Stanley ka Dabba').

A fortunate upside is the lack of fanatic flag-waving; it's quite refreshing to see the creators avoiding the low-hanging fruit.

Surprisingly, or perhaps not, there is no mention of P.V. Sindhu. There had been speculation about whether their alleged rivalry would find its way into the film, but perhaps the makers wanted to steer clear of such prickly topics. Maybe a movie on Sindhu could clear the air.

Also, it is hard making a biopic on an active athlete. There is more story to be told. Saina is just 31 and may be around for a few more years. And this lends an abruptness to the ending.

The film is a highlight reel of Saina's career, but is selective on which points to stop at and expand on. The one point it does make amply clear is that, regardless of the newer, perhaps better shuttlers on the circuit, Saina Nehwal is the original superstar of the game in India.