On Ugadi, the first visitors to this temple in Kadapa are Muslims 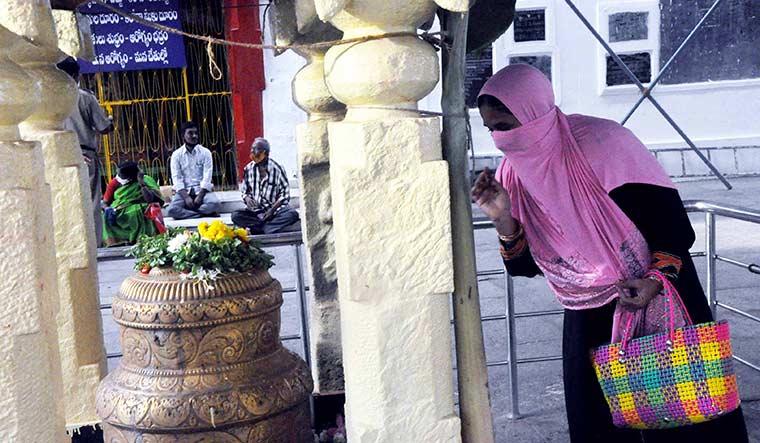 Prayer for all: A Muslim devotee at the Sri Lakshmi Venkateshwara Swamy temple.

Chief priest Krishna Mohan Swamy cannot remember a time when Muslim devotees did not visit the Sri Lakshmi Venkateshwara Swamy temple. His family has served the temple in Kadapa, Andhra Pradesh, for 400 years.

Every year on Ugadi, the Telugu new year day, the first visitors to the temple are Muslims. “They start coming in as early as 5am. Earlier, I remember seeing them outside the temple by 3am,” says Mohan Swamy.

Apparently, on the day, the Muslims in the area fast till they eat the prasadam at the temple. Some even take a break from meat that day. They offer prayers, break coconuts, have the holy water and donate money.

“Whether it is migration to Arab countries or an upcoming wedding, Muslims come here to seek divine help,” says Mohan Swamy. Some Muslims believe that if the eldest son of the family does not pray at the temple on festival day, evil could befall them.

The Tirumala Tirupati Devasthanams, the custodian of the Tirumala shrine, controls this Kadapa temple. “According to legend, Lord Venkateshwara had married one of his consorts, Bibi Nanchari, in an inter-religious event, leading to the establishment of close relations between the Hindus and Muslims in Kadapa,” reads the TTD website. The Muslims believe that Bibi Nanchari was their daughter and Lord Venkateshwara Swamy their son-in-law. 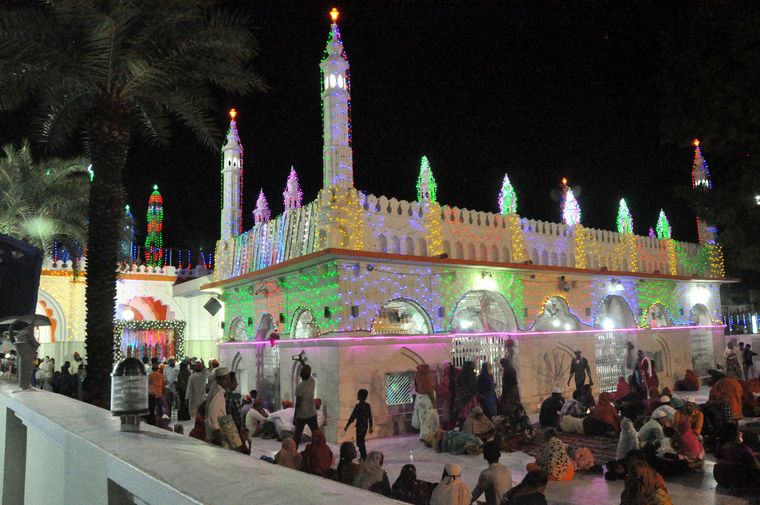 In the past, a couple of religious leaders had tried to ban Muslims from the temple, but they were ignored. The Muslims kept visiting.

In Kadapa, communal harmony is a two-way street. The Ameen Peer Dargah—the Sufi shrine of Khwaja Peerullah Mallik—has had many Hindu visitors, including former prime minister Indira Gandhi and actor Aishwarya Rai Bachchan. Peerullah, born in Bidar, became a revered saint in Kadapa, where he died.

During the annual urs of the Sufi saint Moinuddin Chishti, saints from across the country descend on the Kadapa dargah. Many devotees sleep at the dargah for days with a hope that their prayers would be answered.

“We have 24 lakh volunteers who serve the dargah. Of them, 14 lakh are Hindus,” says Ameeruddin, the in-charge of the dargah. “They come with love in their heart.”