These women innovators are overcoming the gender disparity in robotics 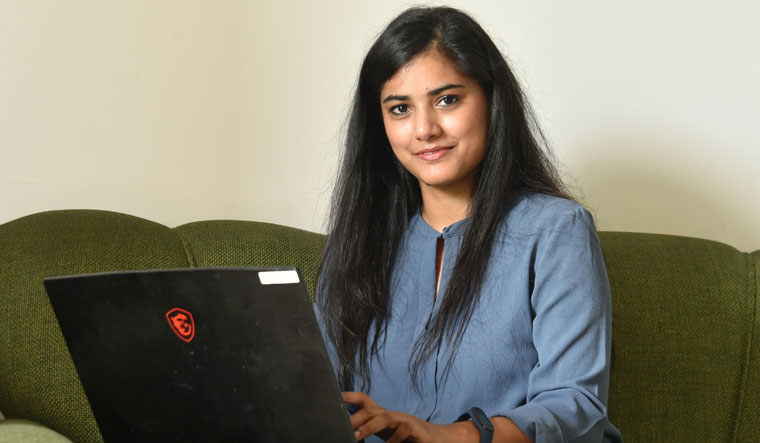 How intelligent would machines be if the scientists, researchers and designers making them are mostly male? According to a study, up to 1.2 crore women could risk losing their jobs to automation by 2030. India's gender-gap divide, when it comes to digital inclusion, is the second largest in the Asia-Pacific, with only 29 per cent of women having access to the internet. Clearly, the transition to AI-intensive jobs for women is going to be a long road to equality.

When asked about funding challenges that robotics startups helmed by women may face, Tanya Raghuvanshi says it was different for her. “Investors were upfront with their demands; they were interested in the products alone. I did not face any issues,” says the 29-year-old cofounder and CTO at Peer Robotics, which designs collaborative robots to work alongside humans. Their adaptable mobile robots are already deployed in companies like Maruti at a time when industrial automation is rapidly evolving.

“Previously, mobile robots followed a single line, like a magnetic tape or painted lines,” she says. “Now there are automated mobile robots which work on lidars; they don't require those lines. In a more dynamic environment, industries demand better robotic applications.” Raghuvanshi’s company is making robots that understand force detection and human environment better than all the rigid robots she had previously worked with.

After working in machine vision, she launched Peer Robotics with a college junior. An Army kid, Raghuvanshi was fond of dismantling and assembling mobile phones and other electrical bits and bobs. It was only in IIT Delhi, while pursuing a dual degree in electrical and information and communication technology, that her obsession with robotics began. “I would like to get more women to join my company,” she says. “We want to build robots designed to work with humans. Collaboration is going to be the future.”

Far away from Raghuvanshi's office in Gurugram and her highly-placed industrial clients, is Suriya Prabha. She is feeling hamstrung in Chennai with the lockdown restrictions. Even though she is a techie, her work cannot be done online because this social entrepreneur knows the best way to get school-going kids in rural areas interested in digital literacy is only via contact classes. Since 2018, Prabha has visited over 8,000 government schools in small towns and villages of Tamil Nadu to teach coding, AI and robotics with easy, playful methods.

“AI is coming to every field. There is a misconception that it cannot be learnt without the right degrees. I want to tell people that anyone can innovate. So, I wanted to reach small towns and break these notions,” says Prabha, who hails from Cumbum, a small agricultural town in Tamil Nadu. She studied microbiology and animation in Chennai until she met her husband, a mechatronics graduate, who stimulated her interest in AI and robotics. Soon, she set up a company called Youcode Intelligence Solutions. As its CEO and founder, she received a startup grant from the ministry of electronics and information technology.

Now, with schools shut again, she is reinventing her business model by creating “fun-to-learn AI and robotics learning content” as kits that are easily accessible and affordable. She is in the final stages of building the product, and will launch the kit by early July. She has also used her time at home now to build real-time AI-powered violence-detecting technology, based on speeding up the processing time of CCTV footage.