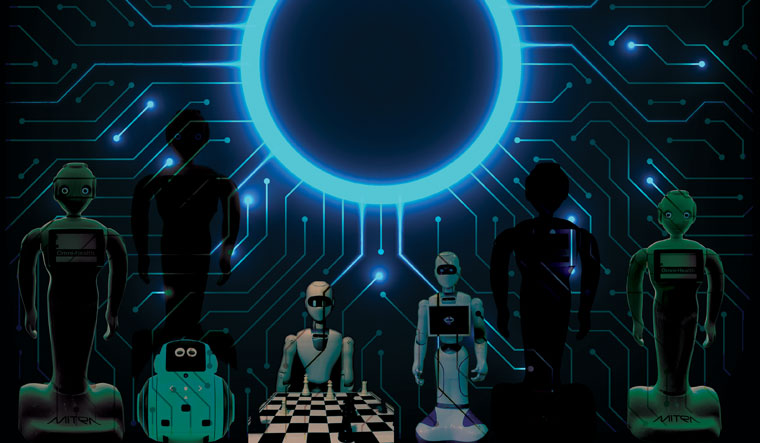 In a 2019 video, Kyra Kanojia—a child YouTuber who reviews toys—squeals with delight as she unboxes her Miko 2. The latest edition of this 'child companion robot' does not need constant app connectivity to function. Designed like a small and stout, well-behaved child, it can sing, dance and light up as you come back from school, and put you to sleep with bedtime stories. It can answer all your GK questions and help you prepare for exams with logical reasoning. It has "Mikojis", where it identifies moods by sensing its environment. It can recognise faces, remember names and start a conversation, unlike Apple’s Siri. It is what they call an edutainment bot, a robot that will grow wiser and develop a bond with the child. Product videos, including Kyra's, invariably have children wondering who to play with as everyone around them is busy or unavailable. Suddenly they are gifted with a huggable, "self-intelligent" Miko so parents can go about their lives. A robot, parents seem to argue, is a better piece of technology around children than smartphones and laptops.

Made by Emotix, a six-year-old Mumbai-based company, Miko 2 helped raise Rs50 crore in the latest round of funding by IvyCap Ventures this April. The device is arguably India's answer to front-running companies that produce robo-pets like dogs and cats—think Sony’s Aibo or MarsCat by Elephant Robotics in Shenzhen. Miko is produced in Mumbai and shipped to some 140 countries. The demand for the bot has only grown during the pandemic. "We have seen a massive shoot-up of engagement with Miko in the last year, with children spending more time at home now. The time they were spending with the robot has gone up almost three times during the pandemic," says Sneh Vaswani, an IIT-Bombay alumnus and cofounder of Emotix. "Our revenue has gone up by 50 per cent in the pandemic. The interactions per user are growing 20 per cent month-on-month. This year, we are expecting a revenue growth of 500 per cent.” Miko 2 costs Rs25,000 apiece. 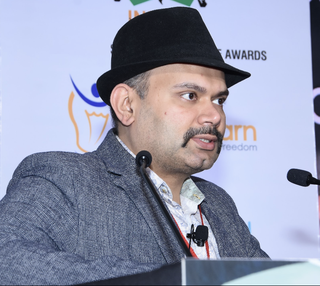 How does the device affect the emotional health of a child? “We make it as a tool where parents can configure the product based on their requirements,” says Vaswani. Miko has been designed by a 150-member team—100 of whom are into research and development—comprising a mix of engineers, artists, mathematicians, psychologists, teachers and product designers. The company has forged over 15 content partnerships in the last year alone with companies like Gaana, Amar Chitra Katha, Storytel, Katha Kids, and Sportz Interactive to make Miko more socially intelligent.

Does this real-time child robot remind one of the mechanical servant in Satyajit Ray's eponymously titled short story Anukul?  Nikunja Babu, a Hindi teacher, buys a robot from a shop in Chowringhee, Kolkata. When addressed politely, the android—fashioned as a 22-year-old boy—can cook, clean, wash clothes, serve tea in bed, open doors and windows, and converse on art, cinema, sports and literature. Sometimes, the sensitive and smart Anukul would even do things without being told. And if mistreated or shouted at, he would jab a finger to emit a high-voltage electric shock. Although the cautionary tale reminds us of the implication of robots questioning the ways of the human race, the parts where Anukul behaves like a true loyalist is the perfect mortal machine which Miko aspires to be. 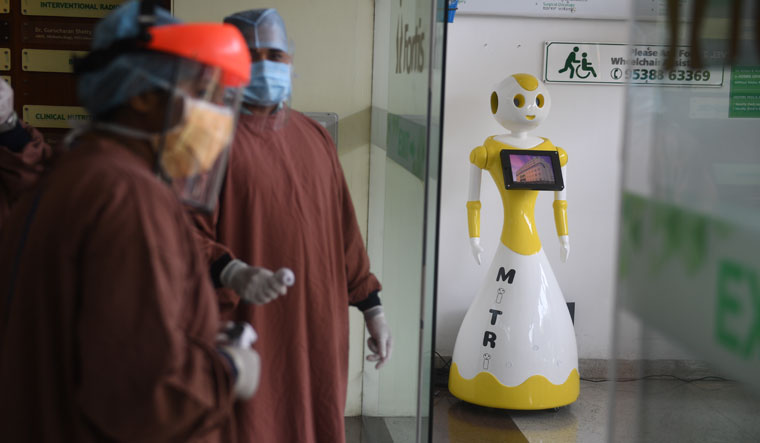 There is a hypothetical scenario in robotics called singularity, where machines become so advanced that humans are squeezed into an existential crisis. Will the pandemic set in motion an AI-induced transformation in human society, 100 years after the word 'robot' was first coined? A Czech science fiction play by Karel Capek called R.U.R. (Rossum's Universal Robots) came out in 1921 at an appropriate time and introduced the word ‘robot’. Capek's robots were made of chemical batter, and with time, became far more efficient than their creators, eventually wiping out all of humankind except for one engineer. The dystopian drama enjoyed Broadway success at the time and attacked materialism and overproduction.

The period between 1880 and 1930 witnessed more technological advances than the previous 2,000 years. It was then identified as the age of machines. Many contend that we are poised on the brink of a fourth industrial revolution because of the way technology has redefined human interactions in 2020. And if there is one area of technology the pandemic has given a booster shot to, it is robotics.

According to the World Robotics Report-2020, published by the International Robotics Federation in September last, India moved up one position to gain entry into the top 10 countries with the most annual installations of robots in industries; China has the highest number, followed by Japan and the US. But while industrial automation has been around for over 50 years now, the race is now heating up to make robots more and more socially intelligent, where they can appropriately understand and respond to human stimuli.

Amit Kumar Pandey, former president, chief science officer and chief technical officer of Hanson Robotics—which made the world-famous Sophia, considered to be the most human-like robot—believes India is gradually building the awareness and the ecosystem required for the creation of intelligent humanoid robots. He was responsible for bringing IEEE Ro-Man to India for the first time in 2019; it is one of the oldest international conferences on interactive robots. “Social and humanoid robots will enable a new service sector,” says Pandey. “It will create even more jobs by allowing remote robot operators to perform human-intensive work in a safe and secure manner. Work from home will be far better realised. At the same time, it has the potential to aid a differently abled person to take up a job through their robot avatars, which might not be feasible otherwise. Like someone serving in a restaurant or supermarket through physical tele-presence. Such applications are already creating jobs in many parts of the world.” 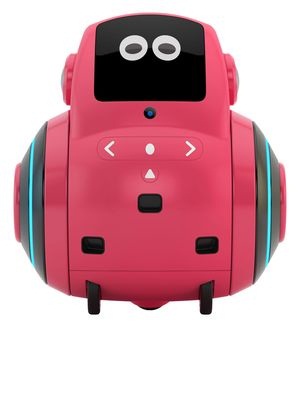 Made by Emotix, a six-year-old Mumbai-based company, Miko 2 helped raise R50 crore in the latest round of funding by IvyCap Ventures this April.

Pandey is president of collaborations at ARTPark, a collective of AI and robotics technology experts that is also building "emotive robotic nurses" in its Bengaluru office. And he has a word of advice for startups trying to best each other in making Sophia spinoffs or all-purpose "mortal engines". "Instead of building a “super-robot” to solve all or many of the problems, which is going to be very resource hungry, it might be better to focus on particular needs and domains,” he says. “In my opinion, the key is to understand the needs and then develop robots for a purpose. For example, a companion robot for the elderly or educational robots for schools. And they may or may not have human-like expressions.”

It is possible to build intelligent machines for specific needs; they will work like robots without looking like one. The importance of mopping, cleaning and sanitising has acquired obsessive proportions now. In India, the demand for robotic vacuum cleaners and dishwashers went through the roof last year, as reported by homegrown startups like Milagrow.  The Gurugram-based company launched three new variants of robotic vacuum cleaners in August 2020, followed by two more the following month. Four upgraded models released in March can automatically map their trajectory, avoiding no-go areas in up to four storeys. They self-clean their own mops, apart from pressure mopping of floors with extra tonnage hydraulic shafts. The mop can automatically change form on a carpeted surface and produce sideburns for cleaning tough-to-access corners. Shaped like oversized beetles, and with names like Seagull, Red Hawk, Black Cat and iMap, they cost between Rs12,000 and Rs1.2 lakh. They are Internet-of-Things-enabled, so the company service staff can troubleshoot without having to go to a customer's house.

The Indian robotic cleaning market is set to touch $500-$750 million in annual sales in 2025, according to Fortune India. And Milagrow wants to become bigger than the world-renowned Roomba Vacuum cleaning robots. "We grew by 500 per cent in the last financial year, which is a five-fold increase, and the main uptick came from floor-cleaning robots,” said Milagrow founder Rajeev Karwal in March, two months before he succumbed to Covid-19. “We have the largest range of cleaning robots, including window-cleaning robots, air-duct cleaning robots, swimming pool cleaning robots (which are called Robo Phelps) and lawn mowing robots.” Karwal was considered one of India's brightest leaders in the consumer goods industry, closely responsible for brand-building of major companies like LG, ONIDA, Philips and Electrolux, since the 1990s in India. 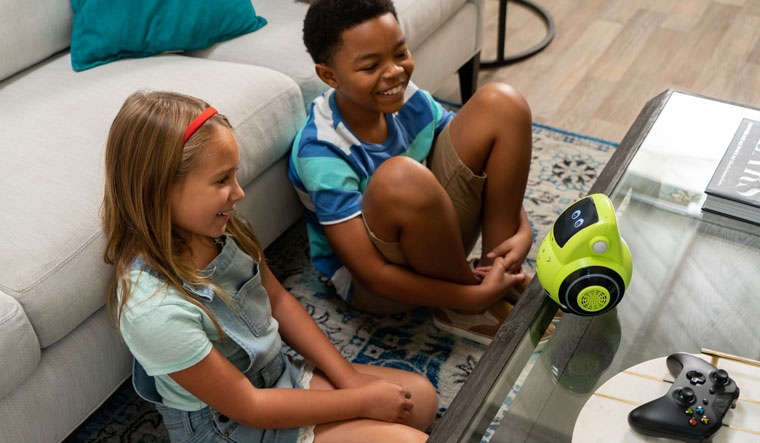 Cute company: Designed like a small and stout well-behaved child, Miko can sing, dance and light up as children come back from school, and put them to sleep with bedtime stories

While a formal tabulation of industrial robotic installations is yet to be conducted since the pandemic began last year, there is a newfound confidence in robotics start-ups and professionals THE WEEK spoke to. Already through 2020, there were reports of hospitals adopting professional service robots to assist health care workers for Covid patient care, most prominent among them being Mitra by Invento Robotics in Bengaluru.

Investor interest is also gaining momentum. Vivek Mansingh, general partner at an early-stage venture capital firm called YourNest—which is interested in IoT, electronic system design, artificial intelligence and advanced robotics—has over 30 years of experience in several global tech companies, having worked with Steve Jobs and Michael Dell. He notes that robots continue to dominate in car assembly facilities, manufacturing industries and warehouses like Amazon fulfilment centres, where a lot more functionality has been added—the walking machines have better vision, sense, intelligence and remote-control. But the pandemic, he says, has presented a perfect opportunity to expand its application in health care. “Robots can work 24 hours a day. They will not catch an infection. They can be an amazing helper in Covid-related matters,” says Mansingh. “But these are early stages. They are being experimented on a pilot basis. There is no mass deployment of robot nurses likely anywhere as of now! But complete automation of chemical plants is beginning to happen in India.” Mansingh’s portfolio includes companies like Miko, Cron systems and Dozee, which converts a normal bed into a step-down ICU—a sensor strip goes under a standard bed and records all vitals like a contactless health tracker. “The robotisation of the workforce in India will come slowly and for specific industries and purposes,” he says.

India is not perched on the precipice of a job-stealing robot revolution. And the IPL or ISL is not likely to place androids as cheerleaders in stadiums like robot-savvy Japan did for a baseball match. Neither is the Indian Space Research Organisation thinking of building robots that can identify pelting asteroids, although it is testing a half-humanoid talking robot, Vyonmitra, to simulate human actions for unmanned missions to space. But it took a catastrophic health crisis to instil a sense of reckoning in India's robotics industry. It is heartening to see how most robot designers in India are not thinking of a human lookalike. They now grudgingly accept its role in ending dehumanising practices and repetitive, tedious work, and how robots can go beyond being factory grinds and enter our homes to help clean and cook. Without posing Terminator-style threats, 2021 might just be the year the march of the machines really begins.