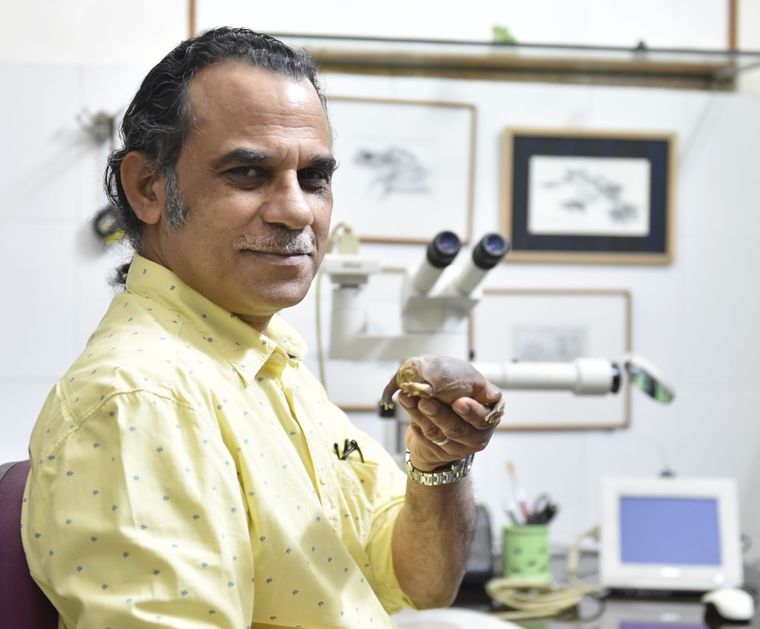 To look at, it is no beauty. It has purplish skin, a piglike nose and is rather unshapely. However, to look at it, one has to be among the fortunate few. Nasikabatrachus sahyadrensis is a rarely sighted frog. Its numbers are few, and it lives largely underground, on one section of the Western Ghats, making an appearance, King Mahabali-like, for just three weeks in the monsoon every year, to seek a mate.

The purple frog, as it is easier to call this amphibian, “changed my personal and professional life”, says Satyabhama Das Biju, who identified it as a new species in 2003. The frog put the Western Ghats firmly in focus as the land teeming with animals and plants yet to be discovered. “Some people were digging a well around the Thattekad bird sanctuary [in Ernakulam district, Kerala] and they had found a dead frog,” recalls Biju. “I was working at the [Jawaharlal Nehru] Tropical Botanical Garden Research Institute, Thiruvananthapuram. I rushed to see it. A dead frog is not much use to science, and we later found living specimens in Idukki district. It was a very exciting finding. I had discovered not just a new frog but a new family of frogs. [A family is higher up in the classification table than species].” Biju is now known as the Frogman of India.

Sitting in his office in Delhi University’s environmental science department, Biju—who now has nearly 100 ‘new-frog discoveries’ to his credit, most of them from the Western Ghats—says: “Nowhere in the world, not even Madagascar perhaps, will you find 35 endemic frog species, within a five square kilometre spur (rocky projection), except in the Western Ghats. The richness of amphibian life alone here is mindboggling. Imagine this—over 90 per cent of the frogs found here cannot be found anywhere else in the world. 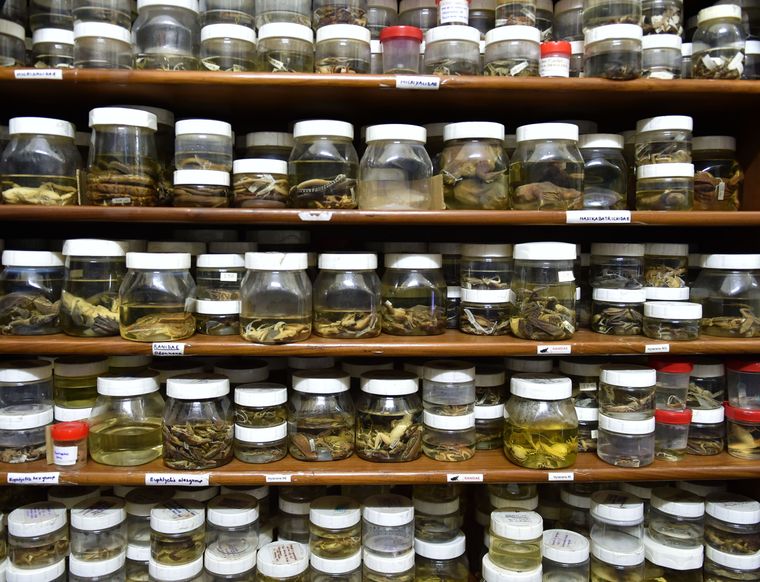 A lifetime ago, Biju was ridiculed for saying there were 200 frog species to be discovered in these ranges. After having found around half of them himself, the ridicule has long since morphed into respect. He even has an amphibian named after him, Polypedates bijui. This year, a team of Indian and US researchers, of which he was part, described five new shrub frog species from Kerala.

While molecular and DNA level studies have aided in describing new species, Biju still believes in traditional methods of identification—morphology, and more importantly, bioacoustic characters. Each frog species, he says, has a different call, which it uses to attract mates. The height at which the call is heard is another field indicator of its habitat. His approach is that of integrative systematics (a combination of traditional and modern methods), which was used for identifying the five new frogs, too.

For a researcher who still does four months of fieldwork a year, Biju is pained to see the changes in the lands he has roamed for years. “In places where we saw frogs easily a decade ago, we have to scour around for hours before seeing one individual,” he says. Frog finders work by night, setting out into the jungles only at sundown. In the surreal settings, they use only headlights, and that too, sparingly. Frogs are best tracked through their calls, and these croaks can come from just anywhere—from the ground to shrubs to high up in the tree canopy—as each has its ecological niche.

Each expedition comes with its adventures. “One does not start a trip saying I will discover a new frog tonight,” points out Biju. Sometimes, the discoveries are serendipitous, sometimes, they are lucky to find three new species in one night. At other times, they encounter elephants and have other adventures in the wilderness.

Biju, himself a product of the Western Ghats, has huge respect for local knowledge and laments that this body of tribal wisdom is fast vanishing. His most reliable partners in discovery are local trackers. Without them, we [scientists] are absolutely nothing in the field, he says. Biju named a miniature frog, one smaller than a thumbnail—Nyctibatrachus pulivijayani or Vijayan’s nightfrog—after his tracker friend Vijayan Kani aka ‘Puli’ Vijayan. The tracker survived a leopard attack long ago and had the local name for the cat, puli, prefixed to his name. It is a coincidence that the frog itself is spotted, like a puli.