The matchmaker forest: How the Western Ghats brought these two lovebirds together 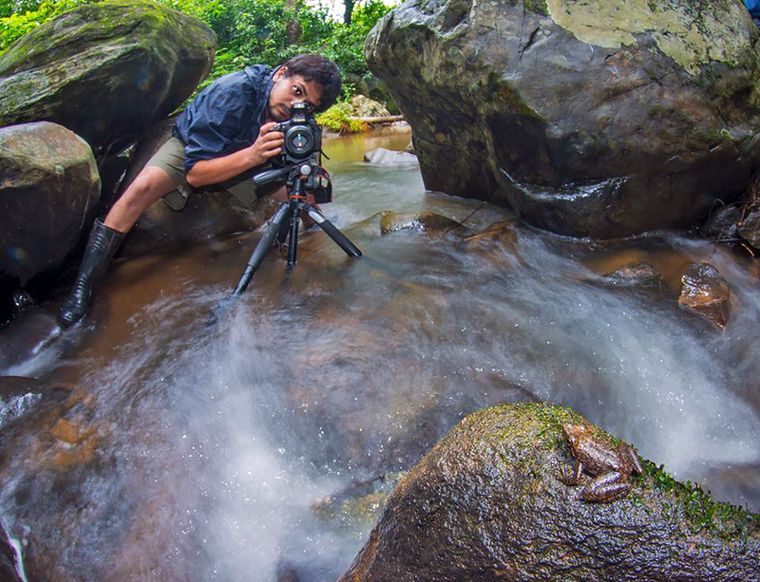 It was a dark and humid night many years ago. She was bitten by mosquitoes; he looked no better. But Vishnupriya Sankararaman, now 32, did not care for the discomfort as she stepped out into the jungle in the southern Western Ghats looking for the Kalakad gliding frog. This is a small amphibian that lives up in the canopies of the evergreen forests, and leaps from tree to tree with acrobatic finesse.

Sankararaman had long desired to see this exotic creature. Suddenly, her boyfriend Shashank Dalvi, now 38, spotted the frog. “It was sitting on a bush three feet above the ground,” she says. And even as the two gazed at their sighting ecstatically, Dalvi suddenly turned towards her and popped the question. Romantic settings certainly mean different things for different people. For Sankararaman and Dalvi, however, no moment or spot could be more perfect to seal their relationship than a night in this ancient landscape—with the only witness being an animal endemic to this little patch in the southern tip of India.

The naturalist couple can go on and on about the uniqueness of the Western Ghats, its endemism and the treasures it continues to throw up. Dalvi, a “bird nerd”, as a mask gifted by his wife describes him, is one among the country’s new generation of ornithologists. His work focuses on India’s northeast, Andaman and Nicobar and the Western Ghats. He was part of a team that discovered a new species of thrush in Arunachal Pradesh, which they named after Salim Ali, the ‘Birdman of India’. He was also the first Indian to complete the Big Year, an informal international competition to see who can identify the most birds in a year by sight and sound. Dalvi recorded 1,128, mainly from his three favourite zones. 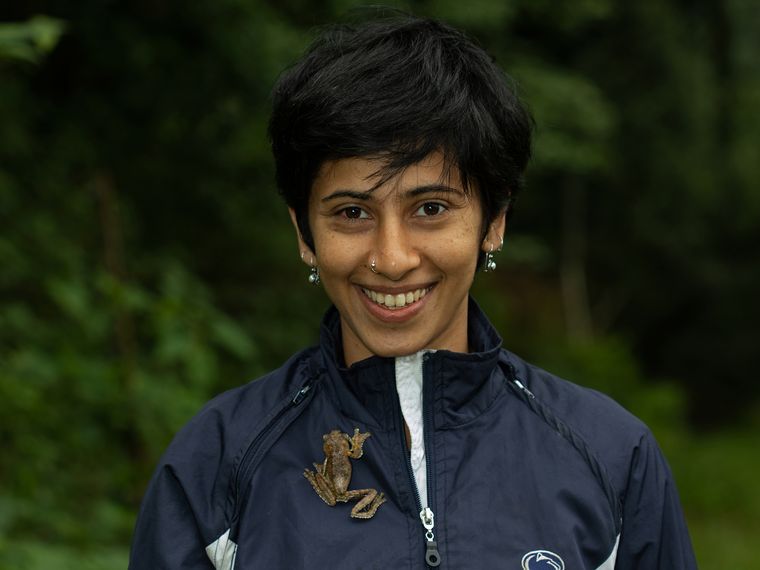 Birds and frogs are the couple’s passions, and most of their work and memories are around them. One of Dalvi’s researches was on studying the bird diversity in agro-plantations of the Western Ghats, where the team found that shade-loving coffee plantations, with their tree cover, supported the maximum variety of birds. Tea plantations were not that diverse, and monoculture plantations of teak and rubber supported the least variety. Sankararaman is taking forward that research with her PhD from Pennsylvania State University. Her project on brewing biodiversity in plantations looks at solutions to balance the viability of these plantations with the long-term conservation of amphibians. As she points out, these plantations replaced a unique ecosystem, which, because of its geographic isolation, supports so many endemic species, that a loss of habitat would mean the extinction of so many rare frogs.

Naturally, Sankararaman has several frog tales to tell. One was her first encounter with Melanobatrachus indicus, a very rare animal. She had lost count of the logs her group had overturned in the Agastyamala forests south of the Palakkad Gap—to which this species is endemic—looking for it. Then suddenly, it decided to make an appearance on the last day of their tour. Black, with blue and white polka dots on its back—which has earned it its popular name, Galaxy frog—and flaming orange armpits and thighs, this frog could be right out of a fairy tale illustration. It has no eardrum and therefore does not croak. In which secret language does it communicate with a receptive mate is one of the many mysteries of the Western Ghats that might just die unsolved, if the region does not get protected, says Sankararaman. “How do we ensure that this fragile region continues to support its unique and varied life forms?”

Sankararaman and her husband are both children of the Ghats—she grew up in the Sahyadris near Pune, and he, some distance away, in Mumbai. She knew the Ghats were her calling when in 2008, she went to the Agumbe King Cobra Project in Karnataka as a summer volunteer. “I took a walk along a stream behind the farm, and was transfixed by the sheer variety even my untrained eyes encountered—frogs, spiders, birds—it was mind-blowing,” she says.

Even for them, who have spent their careers in the field, the landscape throws up stunning surprises ever so often. Dalvi recalls the time his team was chased by a one-tusked elephant while doing a bird survey in the Siruvani hills in Kerala. They ran downhill, wondering for how long they would be able to outpace the tusker. Luckily, they did not have to put their speed to the test for long, as the elephant gave up his sport and went away. By then, dusk had fallen, and the group struck camp in the clearing they had reached. As the sun disappeared, the forest lit up with the bioluminescence of a special kind of mushroom that grows only here, leaving them speechless as they beheld this ethereal beauty.

A beauty that is valiantly fighting against the threatening pincer attack of climate change and human development.