It is only May, and our knowledge of the Western Ghats’ biodiversity has already been augmented by the announcement of these discoveries. This chain of ancient hills, that stretch from the south of Gujarat to the tip of the Indian peninsula at Kanyakumari, has become the ground for discovery to a new generation of explorers, most of them Indian. It is the Galapagos and Amazon in their backyard, a region accessible enough and yet, a trove for new discovery—under every rock, on a stony outcrop, in a Myristica swamp, and even, in a puddle of water. On this old landscape, a new age of discovery has begun. And the explorers are mostly young men and women, in their 20s, 30s and 40s. Many are fresh out of college.

Genetic studies, which came to the field in India in the 2000s, are a tool that has greatly enhanced the rate of discovery. By look, often two types of plants or animals might appear almost identical, but under the microscope, when their DNA is analysed, do scientists learn that they are different species, often with a common ancestor. One bamboo species that was described to science this year was not even discovered in an unventured forest; it had always been in plain sight, used by locals for fencing and basket weaving, says botanist Mandar N. Datar, who was part of the team which analysed the plant. “It simply was not known to science, it was referred to by a local name, which it shares with similar bamboos,” he adds. Datar’s team christened it taxonomically, naming it after Madhav Gadgil, whose report on an action plan for the Western Ghats lies unattended by the government, along with the later recommendations by the 10-member K. Kasturirangan committee.

For long have the ghats stayed on the sidelines while the rockstar Himalayas grabbed the spotlight. Now, the Western Ghats are the new go-to spot for exploration, and are alive with the buzz of discovery. The realisation of the massive scope for discovery was aided by the ease of exploration. You do not need expensive mountaineering or diving gear. The basics are a good camera, specimen collection paraphernalia, a keen eye, and, of course, the zen to explore. While British-period explorations focused on larger life forms, whose differences are easier identified by sight and sound, most of today’s discoveries are of smaller animals and plants. Amphibians are the star discovery these days, but there is a variety of fish, crab, flower and sedge, waiting to be formally introduced to science. Last year, researchers found a fish in Kerala that is a living fossil, as it has not evolved in the last 100 million years.

The Western Ghats are listed by UNESCO as one of the eight biodiversity hotspots. The sobriquet is a double-edged one. For while it acknowledges the richness and variety of life forms, it also sounds the alarm—hotspot means threatened. Ironically, the spurt of new exploration into these ancient hills came up around the same time as the threatened status became clear.

A unique feature of these hills is how they manage to isolate populations, breaking evolutionary links with such finality that a population that got separated on either side of a gap a millennia ago cannot even interbreed anymore. This causes a degree of endemism (meaning a species that is not found anywhere else on earth) that compares with Madagascar, says researcher Christopher Thorpe. 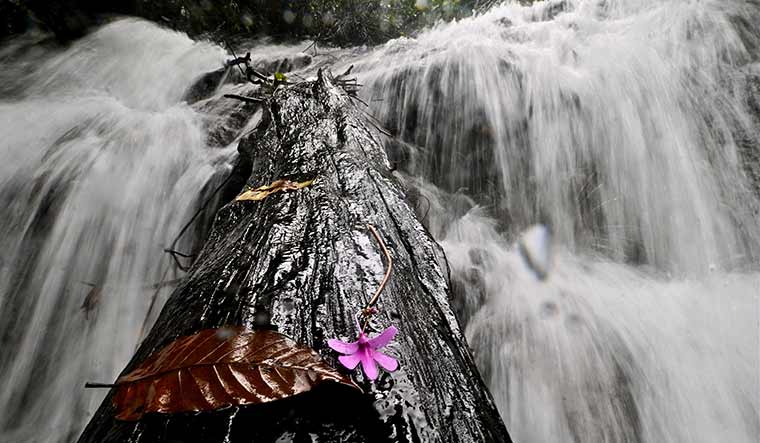 Nature’s wonder: most of today’s discoveries in the western ghats are of smaller animals and plants | Bhanu Prakash Chandra

Scientists often compare these isolated highlands with islands, referring to them as sky islands or inselbergs. “Weak fliers like the Sholakili or Nilgiri blue robin have diverged during evolution on either side of the Palakkad Gap,” says ornithologist and naturalist Shashank Dalvi. “There are four species of thrushes across the gap that have evolved from a common parent.” Among lesser mobile life forms, like amphibians and plants, the degree of endemism is enhanced. Sample this: Of the 179 species of amphibians found here, 65 per cent are not to be seen anywhere else on earth, often not even in another part of the country. Over 60 per cent of the 157 reptilian species and over half the 219 fish species are endemic.

As climate change and anthropogenic activity spread their tentacles across the earth, places like the Western Ghats become very vulnerable. Their very endemism means that any loss of even a microhabitat here could cause the extinction of an entire group of interdependent plants and animals. Frogs, for instance, are very sensitive to temperature. As the earth warms, researchers are noticing some amphibians shifting base to higher elevations. Many others may have already gone extinct. And, what about the species which had adapted to life on mountain tops, where do they go when it gets hotter? The options are just two. Adapt, or perish.

The pace at which climate change is progressing does not give a fair chance at adaptation to all. While this is true of every place on earth, taller mountains like the Himalayas and Rockies can buy more time. In the Western Ghats, time is running out.

As our new-age explorers trek through hills and crags, they bring back stories of threat and tenacity, of despair and hope. They report of an environment under threat, but also of its tenacity, of a life form clinging on or adapting to new normal—the terrace of a high-rise building having replaced the rocky outcrop home of a clump of grass. Their pictures tell a thousand stories. Will these stories be the lifeline for the Western Ghats, spurring communities and authorities to save the treasure that is fast slipping away? Or, will the newly discovered species go extinct soon after having debuted to science? There are enough stories these explorers tell of never finding another individual of a newly discovered species.

The Sanskrit name for the Western Ghats is Sahyadri, the mountain that has borne or tolerated quietly. The pressures today, however, are too overwhelming. Will the Sahyadri be able to bear them, even as we enter the decade of ecosystem restoration, as the United Nations has termed 2021-2030? 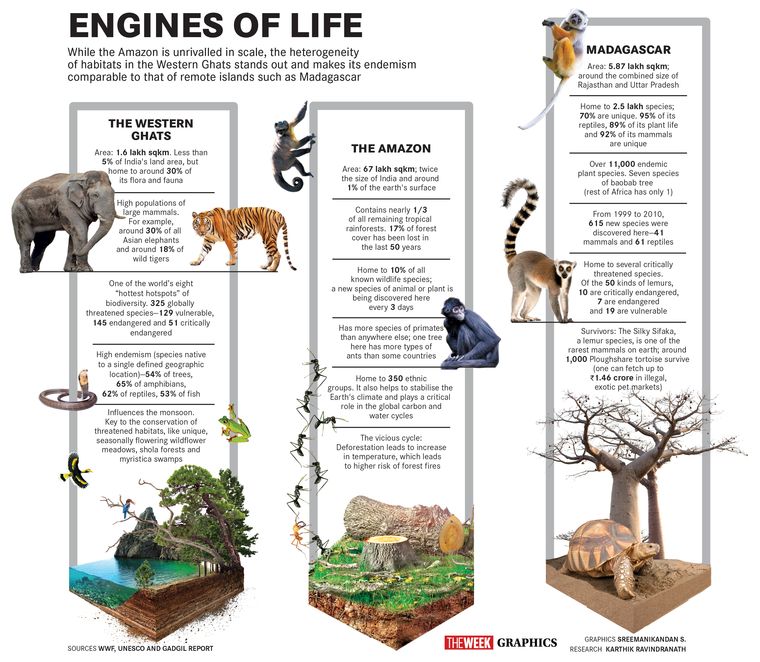