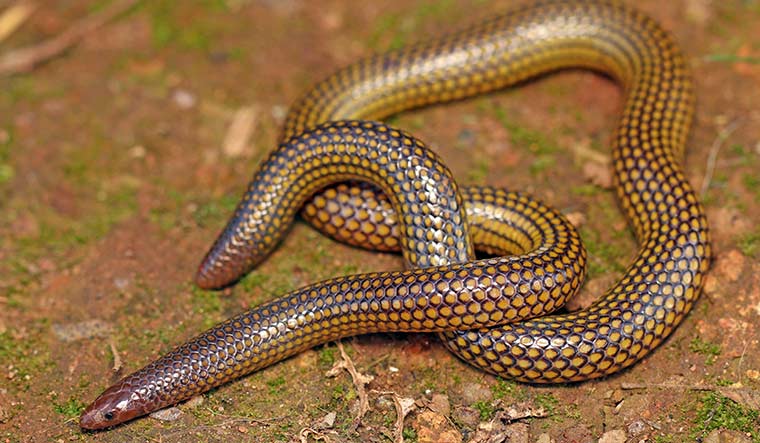 Surya Ramachandran is an engineering graduate and David Raju graduated in English literature. The two, however, are better known as ‘ambassadors of the forest’. Recently, they co-authored Photographic Field Guide—Wildlife of South India. Perhaps the first such book for the region, it is that go-to tome when one is not sure whether the butterfly sighted is a glad-eye bushbrown or a red disc bushbrown. 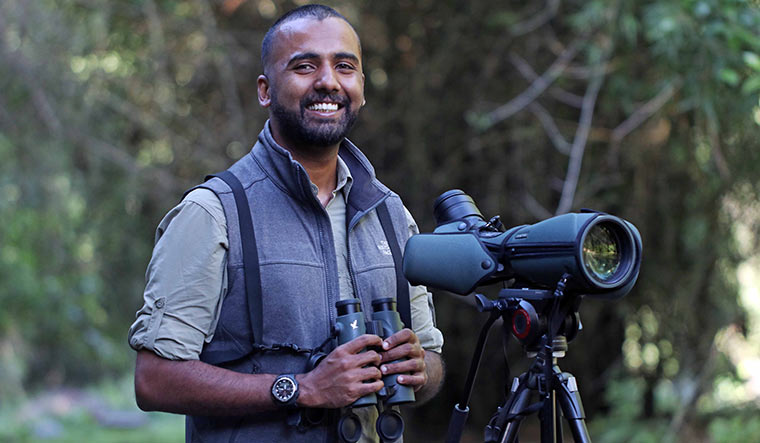 Ramachandran is working on a snow leopard project in Ladakh now, Raju is a naturalist at Tadoba. However, the Western Ghats is close to their heart, and in monsoon, these two young men love combing the landscape, often leading teams of researchers, and more often than not, stumbling onto new discoveries. The kind of wildlife one finds here is almost like fantasy land, they say. They have lost track of the discoveries—bush frogs, geckos, even a snake. “A boy in the Nilgiris found a tiny snake which he was keeping as a pet, and we were called,” says Ramachandran. “It turned out to be the golden shieldtail, which has not been sighted in over a century.” 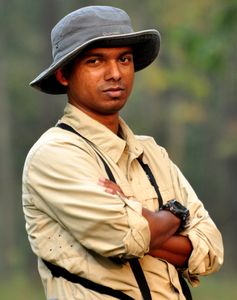 Raju adds: “The Western Ghats is a heterogenous region, the landscape changes at every turn. A ten-kilometre trek could take you from shola grasslands to thick, moss covered forests. Each of these regions has unique animals.” They have had their wondrous moments, climbing atop trees to take pictures of amphibians which live up there, or paddling through streams, guided by the calls of mating frogs. There are dancing frogs and singing frogs, and even those which have no vocal sacs.

This wonderland is fragile, and a small change can destroy a bit of it irretrievably. As temperatures rise, says Raju, amphibians migrate to higher grounds. But what happens to that animal which has made its niche on the mountain top or tree top? “This is a problem across the world, it gets magnified in the Western Ghats for two reasons. One, is that the number of species here are so vast, that the loss will be greater. Two, the speed of extinction accelerates when the height of the hills is not much.”

But it does not need rising temperatures to wipe out these species. A tiny human intervention is enough. The Ochlandra (a genus of Indian bamboo) reeds, common in south India, are home to the reed frogs. A friend of Raju’s was once driving down a road, behind a lorry heading to a paper mill. The lorry was stacked with reeds being taken for pulping. Suddenly, he heard the singing of the reed frogs, and was stunned. These amphibians, cocooned in their reed homes, were calling out to mates, completely innocent of the reality that their entire family was heading towards extermination. A few more hungry paper mills, and this song will be silenced forever.