India’s Most Wanted: Realistic, but too understated?

Arjun Kapoor plays a boring spy in India's Most Wanted 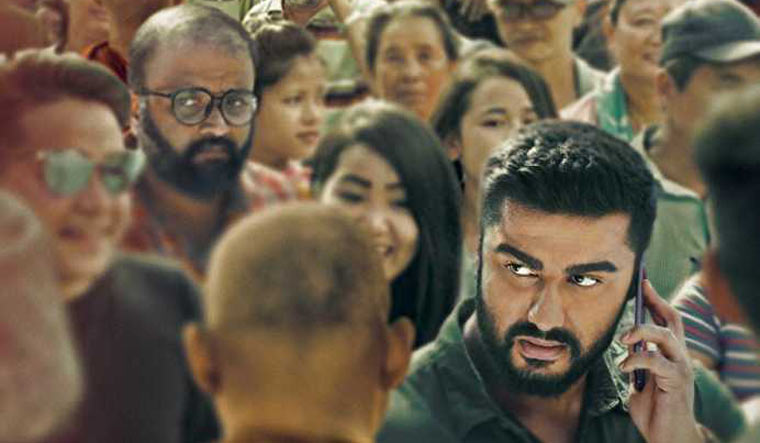 An underwhelming Intelligence Bureau agent, a meek terrorist and a straightforward plot make India’s Most Wanted perfect for a couple of hours of mindless, patriotic hero-worship, but nothing more.

Director Raj Kumar Gupta has cast Arjun Kapoor as Prabhat, a fiercely patriotic Intelligence Bureau agent, who takes it upon himself to apprehend “Yusuf,” India’s most wanted terrorist. In the film, Yusuf was responsible for a series of bombings in Pune, Hyderabad and Delhi that took place in 2008, killing and injuring hundreds. The movie revolves around the exploits of Prabhat and his team as they endeavour to bring Yusuf, who is hiding in Nepal, to justice.

Interestingly, Yusuf’s story and that of the counter-terrorist units who apprehended him is similar to that of Indian Mujahideen (IM) terrorists Yasin Bhatkal and Abdul Suhan Qureshi, who were caught in 2013 and 2018 respectively.

The movie opens with a shot of a café in Pune, with people singing, dancing and having a good time. Suddenly, an explosion rocks the café, destroying it completely. Many were killed and injured. This was the only explosion depicted in the film — throughout the rest of the movie, explosions are shown as a black screen accompanied by sound effects, followed by black and white photographs of the aftermath.

This could be either a creative or a legal choice to avoid glorifying the actions of terrorists, however, it results in a lack of emotional impact.

The entire movie lacks emotional impact. Prabhat comes across as a very patriotic agent, but he does not seem to possess much charm or intelligence. His teammates are also bland and the way they ultimately catch the terrorist does not do justice to their courage and sacrifice.

Consider that the film wanted to depict an unusual counter terror operation — one where underpaid IB agents on a budget of Rs. 66,000 go into foreign territory with neither weapons nor backup, leaving their families behind for a dangerous mission. Yet, by the end of it, one feels like it was not too difficult a task. They did not even really need weapons, to be honest.

Yusuf’s capture ultimately proves underwhelming. Though he is initially shown as dangerous, a fanatic obsessed with bringing fear into the minds of “infidels,” he seems to accept his capture too easily. As a villain, he falls flat towards the end.

The entire movie is very straight-forward. It comes across as your basic good-guy captures bad-guy plot. Given the source material, much more could have been done. For example, Prabhat seems to speak entirely in patriotic slogans. He comes across as determined, but dim.

The only instances of humour in this movie come from Prabhat being teased about his inability to talk to women. Honestly, the movie could have done without those. The writing, too often, lacks wit.

To the movie’s credit, it is refreshingly free from forced romance and item songs. It seems to realize the gravity of the events being portrayed and does a good job of portraying them seriously and realistically. It sheds light on the efforts and sacrifice of the men working in the shadows to keep the country safe. In the end, they are not even credited for Yusuf’s capture. The movie also builds a good atmosphere of tension in the right places, and despite unmemorable cinematography, manages to keep you engaged throughout its two-hour runtime. The ending is satisfactory, but not as triumphant as it could have been.

Overall, the film is a decent portrayal of the efforts of the unsung heroes of the country. It is also a welcome departure from over-the-top dramatic spy thrillers like Uri. It presents a very realistic picture of an actual IB SOG (Special Operations Group) operation. However, its unremarkable writing, poor portrayal of the main characters and overall lack of emotional impact renders it mediocre.