Heartening to know hard work is paying off: Arjun Kapoor 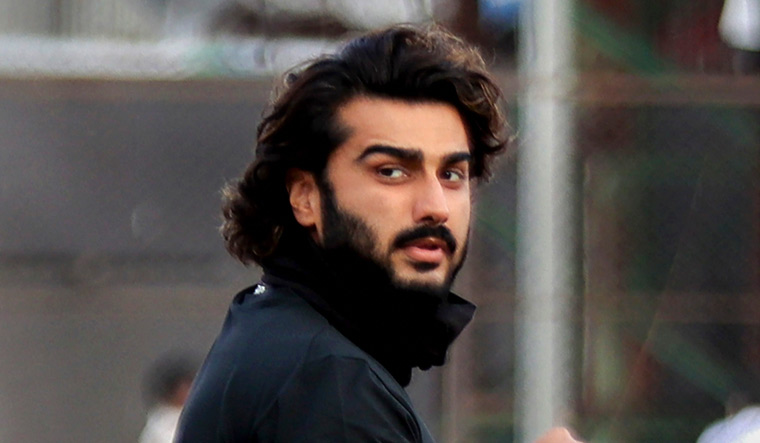 Arjun Kapoor says he is elated that filmmakers are finally noticing the actor in him and finding him suitable for playing complex characters.

The 37-year-old actor has been receiving positive reviews for his latest release Ek Villian Returns and prior to that Sandeep Aur Pinky Faraar emerged as a game changer for him. Arjun, who also has films such as Ishaqzaade 2 States, Gunday and Ki & Ka to his credit, said he hopes to have a rising career graph with his upcoming slate which includes Vishal Bhardwaj-produced Kuttey and Ajay Bahl's directorial The Lady Killer.

Sandeep Aur Pinky Farar was appreciated so much. There is a residual value of regard that there is an actor inside him and ( I hope) that will be tapped into by the directors. I think there is a positive momentum now. Hopefully, Ek Villain Returns takes a step forward and Lady Killer and Kuttey (too) become strong, the actor said.

Also, with a film like Sandeep Aur Pinky Farar you might not feel in one go but when I talk to people today, I feel there is a value to it. So, I know it is stayed with people. It is heartening to know that hard work is paying off, he added.

Helmed by Banerjee, Sandeep Aur Pinky Farar received critical appreciation for its direction as well as performances by lead actors Arjun and Parineeti Chopra, when it released on Prime Video in May 2021.

Arjun, 37, said the best compliment came from his co-star and veteran actor Naseeruddin Shah during the filming of Kuttey.

Naseer bhai hugged me on the sets of Kuttey' and said he saw the film and loved it. There is no greater compliment for an actor to be praised by Naseeruddin Shah. And Kumud (Mishra) sir said he felt I didn't miss the dialect. I hold all that in my highest regard, he added.

According to the actor, The Lady Killer is a result of the confidence Bahl got in him after watching Sandeep Aur Pinky Farar.

"Even though I had signed Lady Killer before Sandeep Aur Pinky Farar came out, it almost gave Ajay Bahl certain confidence that he can push me in the right direction.

Kapoor's latest film Ek Villian Returns has raised Rs 23.54 crore in the first weekend of its release. The action thriller is directed by Mohit Suri and produced by Balaji Telefilms and T-Series.