Uri: The Surgical Strike review: High on action and drama

Uri: The Surgical Strike is intense and high on action sequences 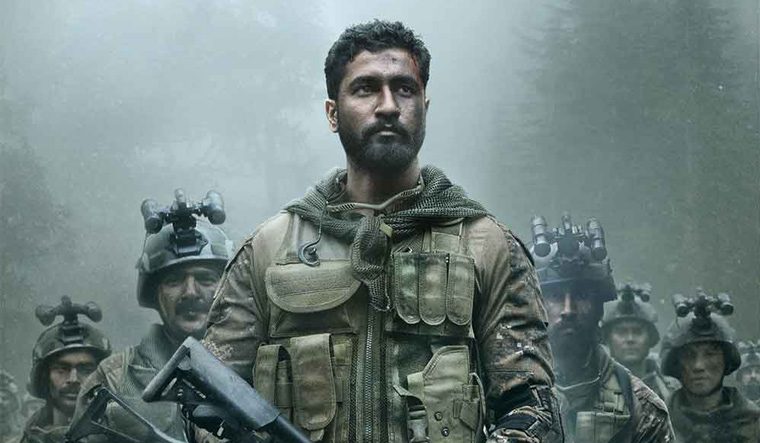 At a time when there seems to be a contest on who can play a better prime minister on screen (former or present), we, as the audience, have to halfheartedly sift through the many posters with an overuse of prosthetics. Amidst this, in debutante director Aditya Dhar's Uri: The Surgical Strike, we are introduced to a man with his back towards us, his silver-coloured wig standing out.

Dhar has probably tried to use this as a ploy to build curiosity. For more than a minute, we only see the man's back while he discusses pertinent issues with his National Security Advisor (Govind, played by Paresh Rawal). Finally, Rajit Kapur as the prime minister turns around―without any prosthetics and pretense to behave like someone in particular. Even if patriotism is the underlining theme of the film, this is a sigh of relief.

Based on true events of the Indian Army’s surgical strikes conducted in September 2016 against the militant launch pads in Pakistan occupied Kashmir (PoK), Uri: The Surgical Strike is intense and high on action sequences. Divided into five chapters, it opens with The Seven Sisters in the June of 2015, showing a convoy of Indian Army getting ambushed. The happiest person in the convoy is killed brutally. That’s where the emotional manipulation of the audience begins. Through the film, a number of such plot points are introduced, mostly to build anger. In one of the scenes, a character emphasises on roping in Bihar and Dogra regiment officers, as they were the badly-hit convoys during the attack from Pakistan. He suggests that their anger can be navigated in the right direction for the planned covert strike. 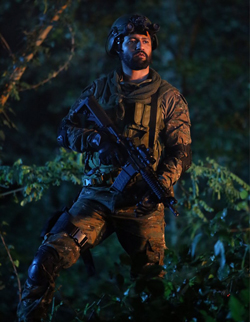 The film majorly revolves around the life of Major Vihaan Shergill (Vicky Kaushal) who has successfully led his troop in the northeast, and is looking for an early retirement owing to his mother’s (Swaroop Sampat) growing Alzheimer's. The prime minister, rather, negotiates it for a desk job in Delhi. It’s only a matter of time that the Indian Army base in Uri is attacked, killing almost 19 soldiers, after which the Indian government goes for the surgical strikes.

So far, so good. There’s a bit of army life, a bit of family, and some lighter moments, too. As opposed to Rawal’s eager National Security Advisor, Kaushal as Major Shergill is balanced and his performance is restrained. His patriotism is subtle.

But at some point, the elaborate planning to carry out the strikes dampens the film; especially the parts that show the informants from Pakistan working for the Indian government. The characters are exaggerated, almost caricature-like. I cringed as I thought of Raazi (2018), which, too, showed informants from Pakistan working for India, but avoided sketching a picture of them that is different from Indians. Jingoism isn’t on-the-face like may be a J.P. Dutta film, but it exists subtly.

Owing to the theme, it reminds one of a lot of films where covert strikes played an important part. While Zero Dark Thirty instantly comes to mind, one particular sequence where Govind employees an intern to make bird-like drones (oddly named 'Garud', a reference to the Ramayana) instantly reminds one of Eye In The Sky in which a bee-drone plays an important role. But again, it is more like a tactic to make the film interesting through various props.

Even with some interesting photography by Mitesh Mirchandani, there is less intrigue, especially in the second half, which is hampered by a storyline that lacks suspense and wastes a lot of time in detailing action sequences that hardly serves a purpose. The supporting cast, which includes Yami Gautam as an intelligence officer, Kirti Kulhari as a pilot and introduces TV star Mohit Raina as an army officer, are good in their respective parts. But they are on screen for too little time to create any impact.