Pokémon Detective Pikachu: Watch for the visuals, skip for the plot 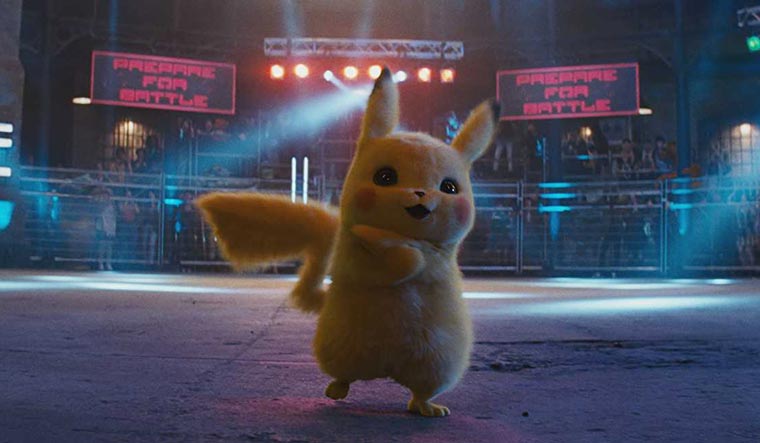 Pikachu warms up for a fight in Detective Pikachu | IMDB

Spotting plot holes is thrilling, sometimes. Since cinema is often a social experience, watching a movie with a bunch of friends often becomes an exercise in spotting and pointing out errors in the storytelling with one another; a shared joke at the expense of what is on screen.

Having the odd slip-up here and there is something that can happen to even the biggest franchises. The problem with Pokémon: Detective Pikachu is that if you try to spot all the plot holes, you will find more holes than Pokémon in the course of the film’s one hour and forty minutes of screen time.

A few plot holes do not a movie kill, but if you have too many of them, the film struggles and stumbles to carry you in its wake. For Detective Pikachu, this is a real shame because it belies a fantastic effort at world-building and animation-quality. This could easily be the best videogame adaptation of a film ever made, so well put-together is the animation. The problem is the way the movie stumbles across its own narrative.

Detective Pikachu is the first live-action film of the Pokémon franchise. This franchise, which originates from a Nintendo videogame of 1990s vintage, is the biggest of all time — trouncing Mickey Mouse, Star Wars, Mario, Marvel, DC and everyone else. Pokémon is a religion, for some, and encompasses everything from videogames to television shows to card games, toys and even a commemorative day named Pokémon Day.

Its fans have grown up with the show and can, to a unit, hum the theme song from memory. However, this film is meant to be a fresh take on an old show — so there is so Ash, Misty, Brock, Team Rocket. Pokémon battles, the bread and butter of the franchise, are downplayed in favour of character and plot development.

You have Pikachu, who can now talk, voiced by Ryan Reynolds of Deadpool fame. You have Tim, voiced by Justice Smith of Jurassic World: Fallen Kingdom, who plays a socially-awkward young man trying to make sense of the world after finding that he can suddenly communicate with a Pikachu (in a world where everyone else can only hear the Pokémon uttering their own names in cutesy voices). You have Kathryn Newton playing a hyper-active reporter who forced to work on listicles rather than on exclusive scoops.

In a rarity, the film is shot on 35mm film. Backed by CGI, the effect is simply Hollywood’s best effort yet at capturing an animated world and turning it into a real one. This is live action at its finest — quality-wise. However, it is the plot that takes the critical hit.

Plot holes assault the senses, with everything from logical fallacies to problems with the character’s motivations to simply bad writing.

A top-secret facility is strolled-into without any hitch whatsoever. Villains “capture” the good guys after following and tracking them for ages, but then let them go with no explanation. Tim survives a rib-crunching fall with barely an “oof” while a Pokémon takes a small rock to the head and nearly dies. At one point, what looks like entire tectonic plates shift and stumble over each other in a sequence that trumps any science fiction thriller 2012 had to offer— but the characters treat this as a mildly inconvenient obstacle race that displaces them a small walk away from their original location.

Some dialogues fall flat with excessive repetition — of the performances, Smith and Watanabe prove the most compelling. What never fails to impress, however, is the CGI. And, from time to time, the uniqueness of the film’s concept shines through.

Ryan Reynolds voicing Pikachu is an interesting creative choice. The result is a fast-talking, caffeine-addicted and snarky Pikachu. Pikachu is funny when he speaks and cute when it does not. A strange mix of worlds.

But, somehow, it works with the film’s theme — a film-noir sci-fi jump into the world of Pokémon. It is an offbeat take on an old franchise and might just be worth watching just for the sheer uniqueness of it all.

If you want to see how a video-game world can be animated the right way, watch this film. If you want a film that is well-written or compellingly told, you might want to give it a pass.