According to officials, Barnett had a stun gun and could have harmed Pelosi 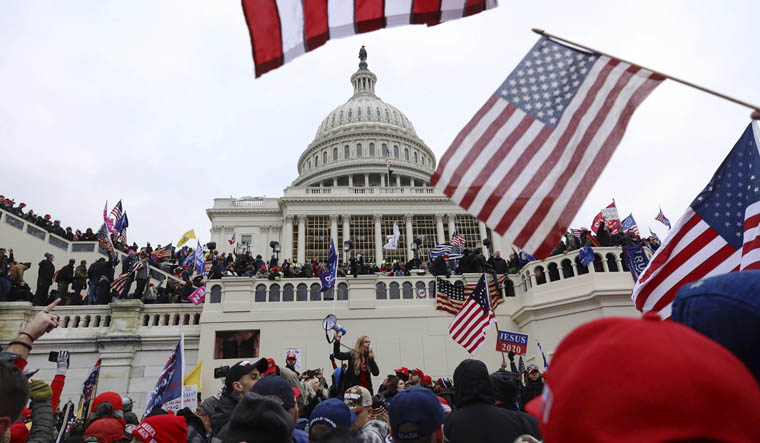 A Capitol Hill rioter who propped his feet in the then-speaker Nancy Pelosi's desk has been found guilty of all charges.

Richard 'Bigo' Barnett was among the crowd of Trump supporters who launched an attack on Congress in an attempt to overturn the results of the 2020 presidential elections.

After breaking into Pelosi's office, Barnett posed for cameras and boasted of swiping an envelope before leaving. According to officials, Barnett had a stun gun and could have harmed Pelosi.

Barnett was found guilty on eight accounts over his actions on January 6 2021 including obstructing an official proceeding and entering and remaining in a restricted area with a deadly weapon.

Barnett faces up to 20 years in prison for the charge of obstructing an official proceeding. He will be sent to prison in May-- until then he will stay in home detention with a GPS ankle monitor.

Barnett during his trial said that he was pushed into the Capitol riot and was looking for a place to use the restroom. Barnett’s lawyer, Joseph McBride, said his client had not received a fair trial. At the time he had told the media that he took an envelope with him.