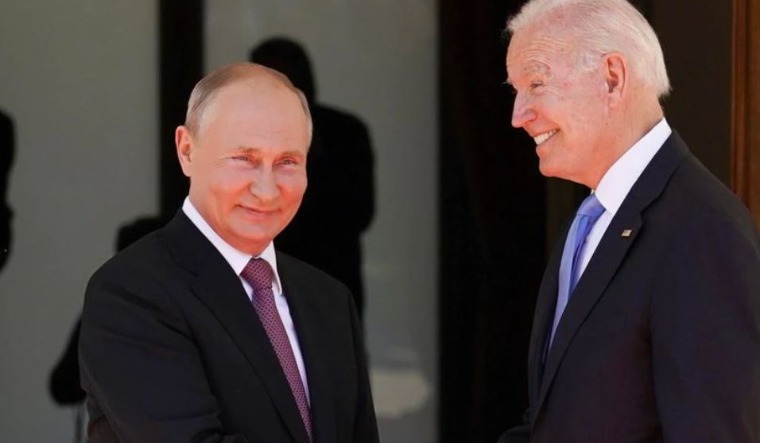 The Kremlin on Friday said that Russian President Vladimir Putin is open to talks on Ukraine, responding to US President Joe Biden's comments that he was ready to speak to Putin to end the Ukraine war.

President Vladimir Putin is open to talks on a possible settlement to the conflict in Ukraine and believes in a diplomatic solution, Reuters reported quoting Kremlin.

Reuters quoting Kremlin spokesman Dmitry Peskov said that Putin remained open to negotiations but that Russia would not pull out of Ukraine.

"The president of the Russian Federation has always been, is and remains open to negotiations in order to ensure our interests," the publication quoted Peskov saying. Putin has said he has no regrets about launching what he calls Russia's "special military operation" against Ukraine.

Joe Biden on Friday hinted that he was open to talks on Ukraine. Biden hinted he could speak to Putin if the Russian leader was willing to end the war. "Let me choose my words very carefully," Biden said, Reuters reported. "I'm prepared to speak with Mr. Putin if in fact there is an interest in him deciding he's looking for a way to end the war. He hasn't done that yet."

But Biden said he would only do this in consultation with his NATO allies and would do nothing that would harm Ukrainian interests.