Pakistan: Two members of a terror outfit arrested in Peshawar

They were planning a major terror attack in the city 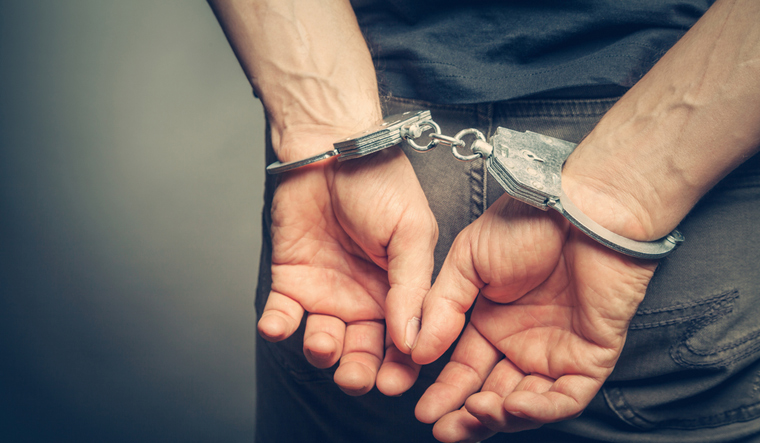 The Counter-Terrorism Department (CTD) foiled a terror bid and arrested two members associated with a banned terror outfit during a raid here late on Tuesday evening, police said. The CTD of Peshawar Police conducted a raid in the Urmar area, situated on the outskirts of Peshawar, after receiving an intelligence tip-off that two people, who were holed up there, were planning a major terror attack in the city.

The arrested have been identified as Muhammad Farooq, a resident of Khyber tribal district, and Guldar Hakeem Khan, an Afghan resident, a police official said. Hand grenades, pistols, and explosives were recovered from them, police said. According to the police, the duo had landed in Peshawar to carry out subversive acts and target killings. Police have not revealed details about the outfit they were attached to. A major investigation has been launched to ascertain if similar attacks are being planned in any other part of the country, police added.