‘We stand at a pivotal point in history’: COP26 begins in Glasgow

Talks will be held between October 31 and November 12 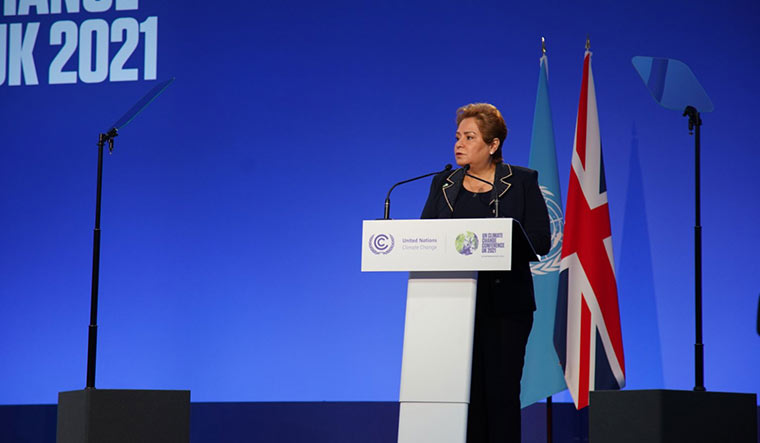 The United Nations climate summit in Glasgow has formally opened, kicking off two weeks of intense diplomatic negotiations by almost 200 countries on how to tackle the common challenge of global warming.

The talks began with a minute’s silence for all those who died due to the coronavirus pandemic since the last climate conference was held in late 2019.

The opening address by Patricia Espinosa, Executive Secretary of UN Climate Change, called for world leaders to fully implement the Paris Agreement and commit to more climate action in order to limit global warming to less than 1.5-degrees Celsius by the end of the century.

“We stand at a pivotal point in history. Humanity faces several stark but clear choices. We either choose to achieve rapid and large-scale reductions of emissions to keep the goal of limiting global warming to 1.5C— or we accept that humanity faces a bleak future on this planet,” she said.

“We either choose to boost adaptation efforts to deal with current extreme weather disasters and build resilience to address future impacts—or we accept that more people will die, more families will suffer, and more economic harm will follow.”

“Success at #COP26 is entirely possible. Success is possible because we have the platform for action. The Paris Agreement is a covenant of hope with humanity,” she said.

Climate change summit: What will India’s position be?

Following Sunday's opening gavel, officials began addressing a raft of procedural matters before leaders from around the world gather in Scotland's biggest city Monday to lay out their countries' efforts to curb greenhouse gas emissions and deal with the effects of climate change. The procedural matters include the election of the next President of the Conference of the Parties at its twenty-sixth session. Before handing over the baton to the UK’s Alok Sharma, a British Member of Parliament and the President of COP26, outgoing president Carolina Schmidt, Chile's Minister of the Environment and the COP25 president, called COP26 humanity’s last hope.

Sharma called on countries of the world to work together, saying COP26 is the “last, best hope to keep 1.5C in reach”.

“We know that our shared planet is changing for the worse...If we act now and we act together we can protect our precious planet," he said.

Prince Charles will welcome world leaders to the summit on Monday, with Queen Elizabeth II unable to attend after doctors advised her to rest.

Many of the issues being discussed during the Oct. 31-Nov. 12 talks have been on the agenda for decades, including how rich countries can help poor nations tackle emissions and adapt to a hotter world. The slow pace of action has angered many environmental campaigners, who are expected to stage loud and creative protests during the summit.

2019's talks ended with no action being taken.