How the US plans to accommodate Afghan refugees

Experts say that the US, on moral grounds should accept as many Afghan refugees 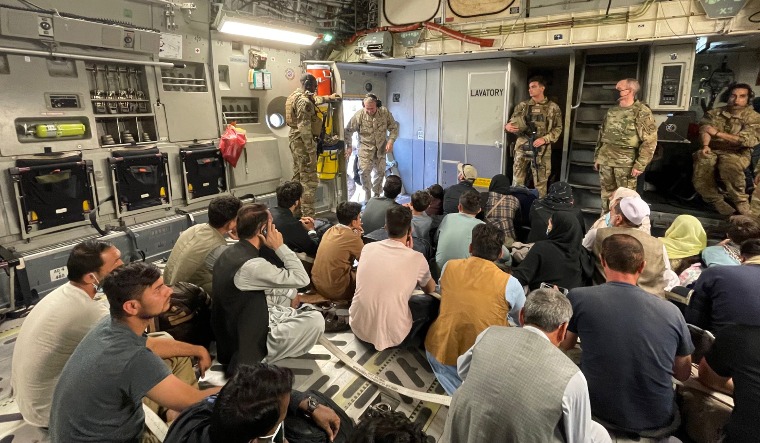 The Taliban is all set to take control of Afghanistan officially, with Taliban leader Mullah Abdul Ghani Baradar returning to the country on August 18, after being out of the country for over 20 years.

There has been a sense of chaos in the country ever since the US-trained Afghan forces fell to the Taliban and the militant group took over the capital city of Kabul on August 15. people desperate not to be left behind were seen clamouring to get in aircrafts departing Kabul.

Around 30,000 Afghans will soon be relocated to the United States (it isn't clear, whether or not this number is part of the 80,000 who will be accepted), with some being temporarily housed at Fort Bliss in El Paso, Texas. Around 324 will be settled through Refugee Services of Texas’ offices in Austin, Dallas, Fort Worth and Houston.

Baradar is expected to play a key role in negotiations between the Taliban and officials from the Afghan government that the militant group deposed. Afghan officials familiar with talks held in the capital say the Taliban have said they will not make announcements on their government until the August 31 deadline for the troop withdrawal passes. Abdullah Abdullah, a senior official in the ousted government, tweeted that he and ex-President Hamid Karzai met Saturday with Taliban's acting governor for Kabul, who assured us that he would do everything possible for the security of the people of the city.

Experts have said that the US, on moral grounds should accept as many Afghan refugees as possible. Several state governors and leaders have sent out messages extending aid and welcoming refugees. But, some conservatives are warning that accepting unvetted refugees might spark a crisis. Even a state divided over immigration have said that they will support thousands of refugees expected to land there. Several of the refugees headed to the US are those who have helped the US troops in various capacities including administrative support and as translators. The refugees are expected to be initially housed in large military complexes or similar large facilities. Around 34,500 Afghans who assisted the US troops will be granted Special Immigrant Visas or SIVs.

In Wisconsin, Governor Tony Evers said that almost 2,000 refugees could be sent to Fort McCoy, a sprawling military base in the southwestern part of the state that hosted roughly 14,000 Cuban refugees in 1980.

The US, however, made no promises on how many people would be evacuated from the country at the time of the pullout. Sunil Varghese, policy director for the International Refugee Assistance Project, told VOA that evacuating displaced Afghans and placing them in the refugee program are two separate situations.

“Not a lot of Afghans are resettled in the U.S. through the [current] refugee program. … Right now, we’re just trying to get people out in any way they can. … We need a strong and effective refugee program to make sure that they have a pathway to the US.”

Biden, during his campaign, pledged to “increase the number” of refugees allowed into the US to 125,000. after facing sharp criticism from fellow Democrats, Biden formally pledged to accept 62,500 refugees in fiscal 2021.

On August 16, President Joe Biden wrote a memo granting Secretary of State Antony Blinken an extra $500 million for "unexpected urgent refugee and migration needs of refugees, victims of conflict, and other persons at risk as a result of the situation in Afghanistan, including applicants for Special Immigrant Visas, ABC News reported. 46 senators are calling for a 'humanitarian parole category' to accept women leaders and other activists from Afghanistan into the US.