Who is Zaila Avant-garde, the first African-American to win the National Spelling Bee

She practised spelling 13,000 words every day, to prepare for the contest 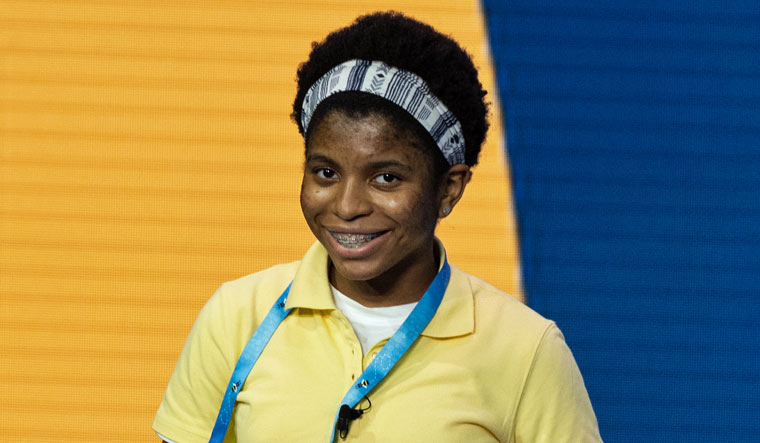 The only Black winner was Jody-Anne Maxwell, who won the contest in 1998. Maxwell represented Jamaica. Avant-garde won the competition by correctly spelling 'murraya,' a genus of plants. The contest, in the last two decades, had been dominated by Indian-Americans. In 2020, the contest was cancelled for the first time since World War II due to the coronavirus pandemic.

Avant-garde holds three Guinness World Records for her ability to dribble multiple basketballs at a time. She hopes to play for the Women's National Basketball Association one day.

Chaitra Thummala, a 12-year-old from Frisco, Texas, was runner-up. Both Zaila and Chaitra are coached by Cole Shafer-Ray, a 20-year-old Yale student who was the 2015 Scripps runner-up.

Avant-garde, who previously competed in 2019, is an avid reader who demonstrated a strong interest in words from a very early age. Beyond her love for words and language, she enjoys learning new things, playing basketball, listening to music and podcasts, and hanging out with her family. Avant-garde started dribbling at age 5. Her first love remains basketball. She practised spelling 13,000 words every day, to prepare for the contest.

Avant-garde is the first winner of the contest from Louisiana state. Avant-garde, who has previously won a spelling bee on Twitter, has over 17,000 followers on Instagram. In 2018, She appeared in a commercial with Golden Warriors basketball star Stephen Curry. She started spelling competitively only two years ago. Zaila's last name was Heard. Her father changed it to Avant-garde, after jazz musician John Coltrane's album, paying homage to the musician, who found success in various avenues.

Avant-garde told the Associated Press that she hoped to inspire other African Americans, who she said might not have the money to pay for the tutorials needed to be competitive.

The contest, which was held before a live audience at the Walt Disney World Resort near Orlando, had First Lady Jill Biden in attendance. Along with the trophy, Avant-garde also gets a cash prize of $50,000.