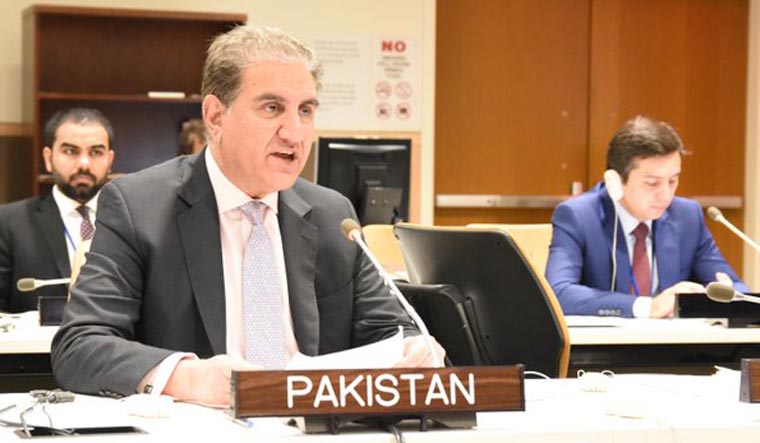 Pakistan's foreign minister warned on Wednesday that if the Organisation of Islamic Cooperation (OIC) did not convene a meeting of its Council of Foreign Ministers on Jammu and Kashmir, Islamabad would call a separate meeting of Muslim nations.

Speaking on a talk show on ARY News, Shah Mehmood Qureshi was quoted by Dawn as saying, “I am once again respectfully telling OIC that a meeting of the Council of Foreign Ministers is our expectation. If you cannot convene it, then I’ll be compelled to ask Prime Minister Imran Khan to call a meeting of the Islamic countries that are ready to stand with us on the issue of Kashmir and support the oppressed Kashmiris.”

Qureshi made the comments on a day when Pakistan's federal and provincial governments marked one year of the abrogation of Article 370 in Jammu and Kashmir by holding various protest events. Pakistan had been seeking international pressure on India ever since August last year, with little success.

"Pakistan has been pushing for the foreign ministers’ meeting of the 57-member bloc of Muslim countries, which is the second-largest intergovernmental body after the UN, since India annexed occupied Kashmir last August," Dawn reported.

Responding to a question on the talk show, Qureshi declared Pakistan "could not wait any further" on the issue of a meeting of Islamic nations. Qureshi had previously claimed a meeting of OIC foreign ministers was needed to send a clear message from the Ummah (community of Muslims) on the Kashmir issue.

Saudi Arabia, considered to be one of the most influential members of the OIC, had been reluctant to support Pakistan's call for a meeting of OIC foreign ministers. In December last year, Imran dropped out of a meeting of Islamic nations organised in Kuala Lumpur by then Malaysian prime minister Mahathir Mohamad. The leaders of Iran, Turkey and Qatar attended the meeting, which was touted as being an 'alternative' to the Saudi-dominated OIC. At the time, there were reports that Imran dropped out owing to pressure from Saudi Arabia.

On Wednesday, Qureshi acknowledged Imran skipped the Kuala Lumpur summit on Saudi Arabia's request and added "Pakistani Muslims are demanding of Riyadh to show leadership on the issue [of Kashmir]”.

“We have our own sensitivities. You have to realise this. Gulf countries should understand this,” Qureshi was quoted as saying by Dawn.

In June this year, a contact group of the OIC discussed the Kashmir issue, leading to criticism from India, which asserted the grouping had "no locus standi on matters strictly internal to the country".

In March 2019, Qureshi boycotted a meeting of OIC foreign ministers after India's then external affairs minister Sushma Swaraj was guest of honour at the organisation's summit in Abu Dhabi.