As 'racist' statues fall across the world, Tharoor sets sights on Robert Clive 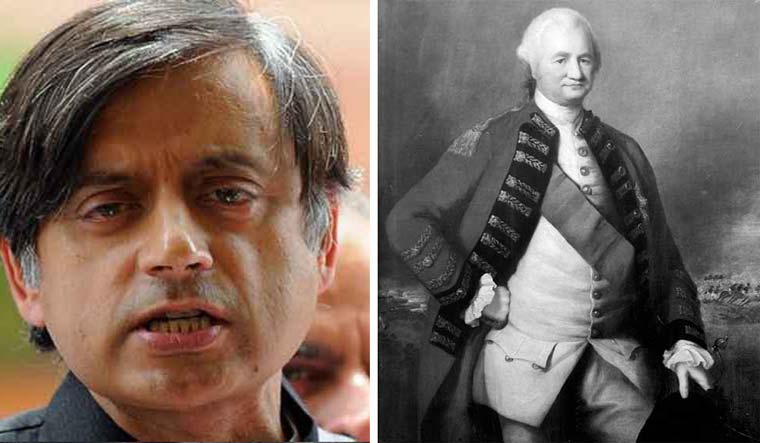 In the backdrop of the renewed #BlackLivesMatter movement across the world, triggered by the police killing of George Floyd in Minneapolis, USA, there is growing public anger over the presence of colonial-era statues of former slave owners, murderous colonisers and perceived racists—both in the United Kingdom and in its former colonies.

Thiruvananthapuram MP Shashi Tharoor has now added his voice to the fray, calling for a statue of Robert Clive—the first British Governor of the Bengal Presidency—located near 10 Downing Street to be removed.

Dear @SadiqKhan, a statue of Robert Clive still stands a mere 100m from Downing St. A memorial to a ruthless, dishonest, unprincipled leader of an unregulated corrupt corporation that oversaw India's plunder& loot (a word they stole from us, along with much of our wealth).... https://t.co/U8CCI4SsiK

“Dear @SadiqKhan, a statue of Robert Clive still stands a mere 100m from Downing St. A memorial to a ruthless, dishonest, unprincipled leader of an unregulated corrupt corporation that oversaw India's plunder& loot (a word they stole from us, along with much of our wealth),” Tharoor tweeted, responding to a post by London’s mayor stating that a statue of slave trader Robert Milligan had been removed from West India Quay.

“It’s a sad truth that much of our wealth was derived from the slave trade - but this does not have to be celebrated in our public spaces. #BlackLivesMatter,” Khan tweeted.

Robert Clive is considered to have laid the foundations for British Empire in India, working as an agent of the East India Company and claiming decisive victories against Indian rulers like the Nawab of Bengal, which led to the dawn of the British Raj. His actions as the first Governor of Bengal are believed to have led to the Great Bengal famine of 1770 (which lasted between 1769 and 1773) taking place—which killed one-third of the population of Bengal at the time. Clive’s policies of increasing taxation in the aftermath of his bloody military campaigns placed a significant strain on farmers’ resources even as they grappled with famine.

As historian William Dalrymple, who called Clive “an unstable sociopath”, wrote, “...the province, already devastated by war, was struck down by the famine of 1769, then further ruined by high taxation.” Dalrymple is among those calling for the removal of Clive's statue from Whitehall, writing an editorial in the Guardian titled 'Robert Clive was a vicious asset-stripper. His statue has no place on Whitehall'.

Clive’s legacy has thus been a controversial one, but of late, the anger against his statues in the United Kingdom has polarised many. There are now multiple dualling petitions on Change.org, with some calling for its removal (from Whitehall) and some calling for it to remain (in Shrewsbury).

Tharoor also shared an article written by his son, Ishaan Tharoor, which spoke of the growing public anger worldwide against statues seen as promoting a racist legacy. From Christopher Columbus (who is considered a symbol of the genocide of the Native Americans by the European colonisers) in the United States to Belgium's King Leopold II (responsible for the deaths of around 10 million Congolese), protesters have been vandalising or pulling down statues of racist figures.

Not all the statues being targeted are those of Europeans. Tharoor’s post comes as the Leicester City Council considers a petition to remove Mahatma Gandhi’s statue from the city, as protesters allege that Gandhi was a “fascist, racist and sexual predator”.

A week earlier, a statue of Mahatma Gandhi outside the Indian Embassy in Washington was vandalised, an act condemned by the Indian embassy and even by US President Donald Trump, who called the incident a “disgrace”.