The police have launched an investigation into the matter 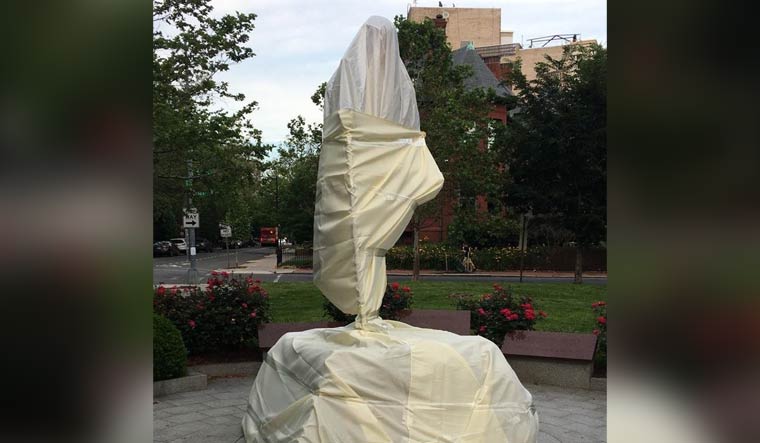 The statue of Mahatma Gandhi outside the Indian Embassy in Washington DC was vandalised during the ongoing protests in the US over the killing of George Floyd. According to ANI, the United States Park Police have launched an investigation.

Reports said that “unruly elements” who are allegedly part of the #BlackLivesMatter protests were responsible for the desecration of the statue. It is said that spray paint was used by unknown persons to write profanities on Gandhi’s statue.

The statue was covered up after the incident.

ANI reported that Ken Juster, the US Ambassador to India, apologised for the act of vandalism on Wednesday. “Please accept our sincere apologies,” Juster said.

The US has witnessed nationwide outrage as protests continue over the killing of Floyd, who died gasping for breath after a white police officer knelt on his neck for several minutes. The incident, which happened in Minneapolis, has propelled the Black Lives Matter movement worldwide as many address the issue of racism and systemic oppression of black people.

The four officers who were present when Floyd was killed have been charged with second-degree murder and manslaughter charges along with aiding an abetting the death of the unarmed African-American man.

Peaceful and violent protests have spurted across the US, which has not seen such unrest in recent times. Large-scale looting and property damage has been reported from many cities across the country despite curfews being imposed.