Why not same level of concern for Uighurs, US snubs Pakistan on Kashmir issue 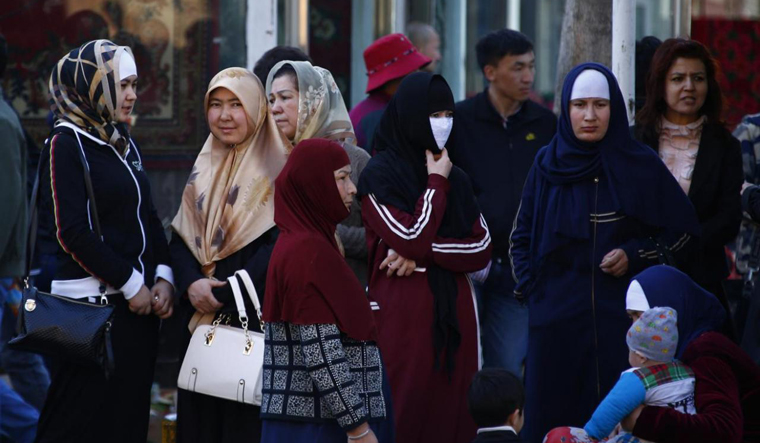 United States acting assistant secretary Alice Wells came down on Pakistan, asking why the country didn't express the same level of concern for Uighur Muslims under state repression in China. "I would like to see the same level of concern expressed also about Muslims who have been detained in western China, literally in concentration-like conditions," she said, according to NDTV.  Pakistan's hypocrisy on the Jammu and Kashmir issue was on full display as it side-stepped all questions on why the country didn't speak out for the Uighurs, even while trying to internationalise Jammu and Kashmir. Most recently, he evaded a question raised at a think-tank interaction in the US.

Post his US visit, Khan was under increasing domestic pressure. Pakistan's Opposition PPP on Thursday said that Prime Minister Imran Khan has become a "security risk" for the country and he should be banned from international visits as his irresponsible remarks during overseas tours have harmed the country.

Pakistan People's Party (PPP) Senator Mustafa Nawaz Khokhar in a statement here on Thursday said instead of fighting his country's cases, Prime Minister Khan turns against Pakistan on foreign visits and it has become an excuse for the Indian media to ridicule Pakistan.

"Previously, when he had gone to Iran he had accused his own country of being a terrorist state and now he has made Pakistan a laughing stock yet again. During his recent US visit, he has accused Pakistan Army and ISI to have trained Al-Qaeda which is harmful to the country," said the senator.

Khan while speaking at the Council on Foreign Relations (CFR) think-tank in New York on Monday said that Pakistan "committed one of the biggest blunders" when it joined the US war on terror after the 9/11 terror attacks by the al-Qaeda.

Asked how Osama bin Laden had managed to stay in Pakistan undiscovered, Khan had said: The Pakistani Army, ISI, trained Al-Qaeda and all these troops to fight in Afghanistan and then maintained links with the militants afterwards."