OPINION: Why Pakistan is heading towards implosion 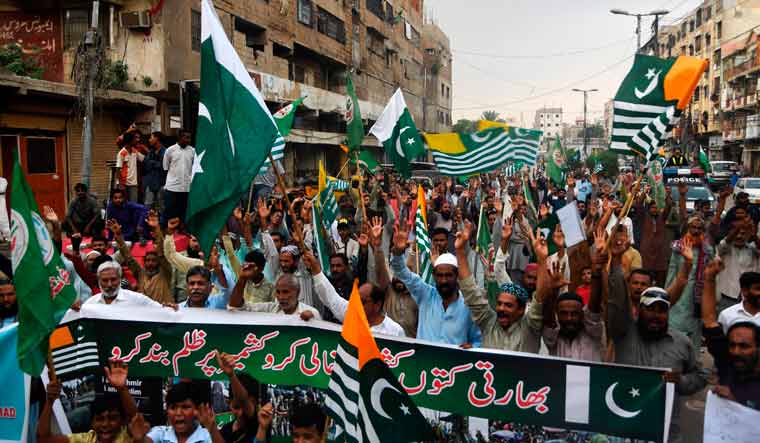 Pakistan's economy has collapsed. It is like a patient on a ventilator, surviving by a heart-lung machine called international borrowing. Recently, Pakistan went with a begging bowl to the IMF, which granted it $6 billion, but most of this money will go to service its earlier loans of over $106 billion and partly cover its budget deficit.

This situation is like that of the broke French monarchy under King Louis XVI, which kept borrowing money from Dutch bankers until these bankers stopped giving loans, realising they will never get their money back, and the result was the French Revolution of 1789.

Unemployment, which was already massive, has now reached record highs as the Pakistan economy is in the doldrums, and poverty has increased. GDP growth fell almost 50 per cent, from 6.2 per cent to 3.4 per cent in the last year, and is expected to go down further to 2.4 per cent next year. Inflation is at an all-time high. Prices of petrol, gas cylinders, food items, electricity and other items have risen sky-high.

The Pakistan rupee has lost 1/5th of its value against the dollar since last year. Servicing the national debt eats up 30 per cent of the budget, while the military eats up another 25 per cent. Taxes, in the form of indirect taxes, fall mainly on the poor people, while the rich find it cheaper to bribe the tax officials rather than pay tax. This is reminiscent of the situation in France before the French Revolution when the tax burden fell mainly on the poor peasantry, while the rich aristocrats paid no tax.

Pakistan was created as an Islamic state, but one cannot eat Islam—one has to eat food, and to eat food one must have a job, which is getting more difficult to get every day. According to the National Nutrition Survey, 2018, by the Pakistan Health Ministry, over 50 per cent Pakistani families are not getting two meals a day to eat. Half of Pakistan's children are underweight and/or stunted, and do not get enough vitamins A and D. As much as 68 per cent are anaemic.

Pakistan can grow enough food for its people, but many people do not have the money to buy it, as business tycoons and powerful political families keep prices high. Medicines are made by multinational companies, which also keep prices high and often unaffordable by the masses.

In his election speeches, Prime Minister Imran Khan highlighted the high level of malnutrition, infant mortality and stunted growth of children in Sindh, and blamed the PPP for spending crores of rupees on cultural activities and none on these more important issues. However, Imran himself has done little to address these problems, and now he has sought to divert attention from the economic crisis, record unemployment and malnutrition in Pakistan.

Imran is pointing to developments in Kashmir, swearing he will give eent ke jawaab mein patthar to India, talking of atomic war and resorting to other gimmicks. Imran's recent call for a half-hour shutdown on Friday in Pakistan in support of Kashmiris and his speech in Islamabad on the same day reminded me of a line in Shakespeare's Macbeth: “It is a tale, told by an idiot, full of sound and fury, signifying nothing”.

I have already written in detail about the predatory Pakistan military, the real ruler of Pakistan, which has spread its tentacles into almost every sector of the Pakistan economy to benefit its officers. The Pakistan Army is a vampire sucking the blood of the poor Pakistani people, and the American mafia would pale in comparison. The generals, many of whom are billionaires, justify their loot by peddling the idea that the Pakistan Army is the sole bastion and saviour of the Islamic Republic against its mortal enemy India, and hence it must be rewarded for its 'patriotic duty' by giving huge privileges and perks (a euphemism for loot and rapine).

But how long will the Pakistan people be deceived? No doubt, most Pakistanis are scared of the Army as it has the gun (“All power flows from the barrel of a gun,” as Mao said), but already, there are sounds of rumbling against it in Balochistan, Sindh, Khyber Pakhtunwa and Gilgit-Baltistan, which is bound to develop into a full-blown insurgency as the economic crisis intensifies.

Pakistan, which was artificially created in 1947 by that historical British swindle called Partition on the basis of the bogus two-nation theory, is bound to implode.