OPINION: The truth about the Pakistan military 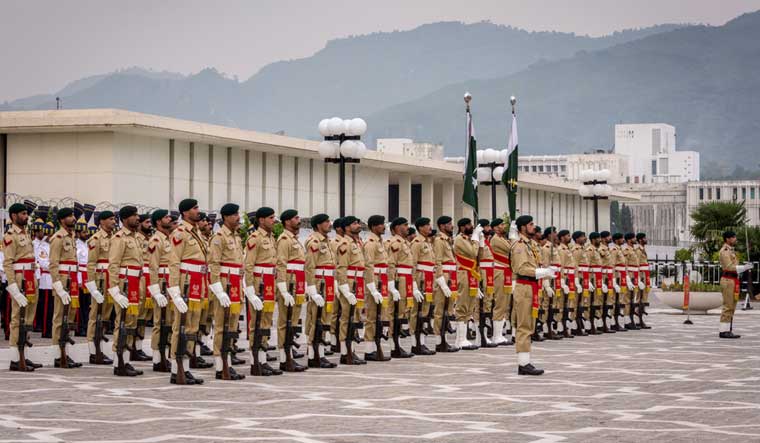 Organisations like Aman ki Asha and persons like the journalist Beena Sarwar have long touted the idea of having good relations between India and Pakistan.

I submit that such people are living in a fool's paradise, and are in fact deceiving the public. Let me explain.

It cannot be denied that the real ruler of Pakistan is its army. Ever since Gen Ayub Khan staged a coup in 1958, the army has directly ruled Pakistan for 30 years, and indirectly (under cover of a civilian leadership) for the remaining period. During this period, the Pakistan military steadily spread its tentacles into almost every sector of the country’s economy — industry, agriculture and services. The military ruthlessly milked Pakistan’s economy, benefiting military personnel (particularly the senior officers) most of whom have since become millionaires, and some even billionaires.

As pointed out by Eliot Wilson in his article 'The military millionaires who control Pak Inc' published in The Spectator, and by Ayesha Siddiqa in her widely acclaimed book Military Inc: Inside Pakistan's Military Economy (she has also spoken about this in her video interview on YouTube), Pakistan's economy is dominated by the military, which owns everything from fertilizer factories, bakeries, petrol pumps, banks, cement, hosiery factories, milk dairies, stud farms, golf courses, etc. Hundreds of commercial entities, worth over $20 billion, are owned and run by the military, which is allotted over 25 per cent of the national budget.

The jewel in the military's crown is the real estate sector. Ever since Gen Ayub Khan started the practice of allotting large tracts of prime land to military officers, the phenomenon has multiplied exponentially. Over 12 per cent of Pakistan's land is owned by the military, mostly prime land in fertile Punjab and Sindh, which is in the hands of senior officers, serving and retired. Some very senior retired Generals are reportedly worth $3.5 billion. There are several housing societies whose land was given to military officers at highly subsidised rates. On retirement, a major general (who usually owns a Mercedes car) is expected to receive a present of 240 acres of farmland worth £550,000 ($673,411) as well as a residential plot worth £700,000 ($857,069).

Most of Pakistan's largest corporates are controlled by the military by opaque trusts. For example, the Fauji Foundation and Army Welfare Trust, the Shaheen Foundation (for the Air Force) and Bahria Foundation (for the Navy), which have penetrated into all sectors of Pakistan's economy, and own and run hundreds of commercial enterprises — producing everything from cement, bakeries, fertilisers and cereal to running golf courses and stud farms. Thus, the Army Welfare Trust runs the Askari Commercial Bank (Pakistan's largest lender), an airline, a travel agency, petrol pumps, and more.

The Pakistan military is loath to disclose these details, and even asking questions about them is dangerous and taboo in Pakistan. A political leader who tries to curb this gargantuan scandal is soon ousted from power, for example, Bhutto (who was hanged) and Nawaz Sharif (who is in jail). Journalists who investigate or raise these questions are often bumped off by the ISI — like Syed Saleem Shahzad, who investigated the link between the Navy and Al-Qaeda. Zahid Husain, who wrote an article in Newsweek documenting the military corporate and real estate empire that gave the senior officers enormous wealth, had to suffer. The senior lady lawyer who raised these questions, Asma Jahangir, was imprisoned and her family business targeted. Ayesha Siddiqa was told she may have committed suicide.

The civilian state institutions like Parliament and the judiciary dare not question the military about this. The present Prime Minister, whom many regard as a puppet and a 'PM select' is very careful not to displease the army, lest he is ousted like some of his predecessors. The judiciary is totally subservient to the military, as is evident in the way it convicted Bhutto and Nawaz Sharif.

As is evident from the above discussion, the Pakistan army (particularly its senior officers ) has acquired enormous wealth. It will naturally not wish to part with this.

But it has a problem. The army no doubt has the gun, and so most people are scared of it. But, it knows it cannot rule by force alone. The people of Pakistan are mostly terribly impoverished, and the time may come when there may be a popular uprising against the army's loot. So, the army has to have an enemy, towards which it can divert the people's anger. This enemy is India. The Pakistan army portrays itself as the sole bulwark and sole saviour of the Islamic Republic against this enemy, and so it claims special rewards in the form of privileges and perks for doing its 'patriotic duty'. The recent jingoistic utterances of the present Pakistan army chief, Gen. Bajwa, as also those of the army's puppet Imran Khan, are directed to that end.

From all that has been said above, it is evident there can never be genuine good relations between India and Pakistan, as the Pakistan military will never permit it. It is having a merry feast, like a tiger that has tasted blood, and would naturally not like to be deprived of it.