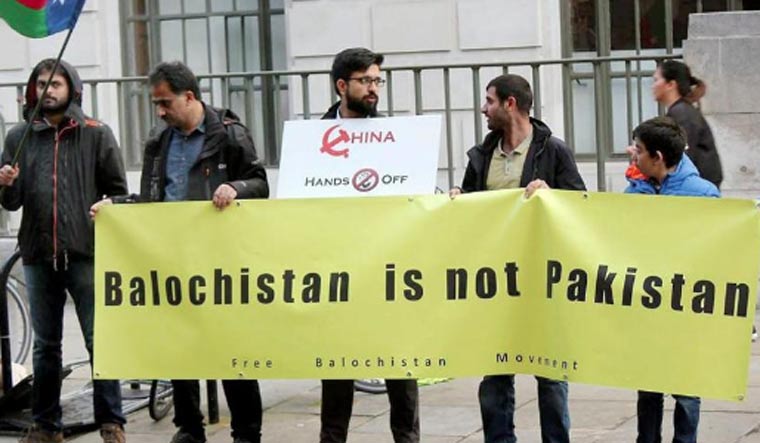 #BalochistanSolidarityDay and #BalochistanIsNotPakistan has been two of the top trends on Twitter on Wednesday. August 14 is Pakistan's Independence Day, but people of the Baloch region in Pakistan have taken to Twitter to remind that the region, according to them, was forcefully annexed to Pakistan against the people's wishes.

One user called upon India to stand with Balochistan, while another accused Pakistan of butchering thousands of Baloch youth, kids and even raping women. Balochs have held demonstrations and protests across the world asking for freedom from Pakistan. Several Balochs feel they are being oppressed by Pakistan and even accused it of allowing China to plunder their economy.

#Pakistan forcefully annexed #Balochistan against the wishes of the people of the province in 1947. Today as the country celebrates its independence day, let's remind them that #India stands with #Balochs.#BalochistanSolidarityDay #BalochistanIsNotPakistan pic.twitter.com/udnApw4zGF

Balochistan is NOT Pakistan

Pakistan army is not a professional army it is a gang of rapiest#BalochistanSolidarityDay pic.twitter.com/54NEa9Vt33

Balouch people are looking for us.

Raise your voice against the illegal occupation of Balouch

Balochistan is NOT Pakistan pic.twitter.com/kOMfYTkb0I

#FreeBalochistan from the tyranny of brutal Pakistan regime. Pakistan stop the kidnapping and violent abuse of Baloch women. #14AugustBlackDay#BalochistanSolidarityDay pic.twitter.com/1M8NgmmQg6

A seminar was organised by the Free Balochistan Movement in London to mark the Independence Day of Balochistan. Several members of the Baloch and non-Baloch political parties had attended the same. At the meeting, the Khan of Kalat, Mir Suleman Daud accused the Baloch Nawabs and Sardars of conspiring with Pakistan to undermine the sovereignty of Balochistan. He further said that it was on record that both the houses of parliament of Balochistan had refused to join Pakistan. Balochistan Liberation Army was recently added to the list of terrorist groups by the US administration, something which was condemned at the seminar.

Balochistan is one of the four provinces of Pakistan and is the largest in terms of land area. Balochistan is rich in natural gas fields and has enough capacity to supply Pakistan's needs. The people of Baloch have also accused China of plundering their economic wealth.