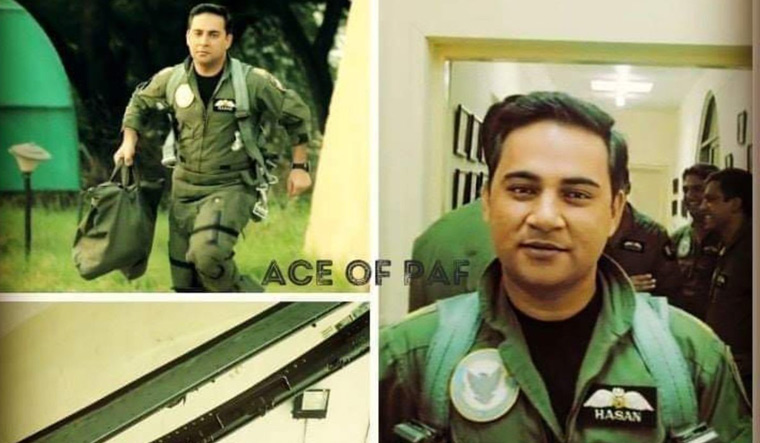 Since the Indian Air Force attacked a terrorist camp in Pakistan early on Tuesday, conflicting claims of military action have emerged, with little scope for confirmation.

Two Pakistan media organisations on Wednesday identified a squadron leader of the Pakistan Air Force as the pilot involved in the action, but they could not agree on the number of aircraft he shot down!

While ARY News claimed squadron leader Hassan Siddiqui shot down one aircraft, The News International reported Siddiqui had downed two aircraft. Both publications referred to what was apparently a short mobile video showing Siddiqui being welcomed by colleagues. Neither outlet identified the Indian Air Force aircraft that was allegedly shot down. Both ARY News and The News International claimed Siddiqui was a resident of Karachi.

One of our superstars!

Nation is proud of our defenders! 🇵🇰

It's because of this power too that a stunned India now wants de-escalation!#PakistanStrikesBack #PakistanAirForceOurPride pic.twitter.com/hucPQ2w9ai

The aircraft in the mobile video of Siddiqui appears to be a Chinese-built JF-17, given the location of its air intakes, which are distinct from the American-built F-16.

Minister of State for Climate Change Zartaj Gul Wazir praised Siddiqui for his feat on Wednesday. Taking to Twitter, she posted the mobile video of Siddiqui with his colleagues. Calling Siddiqui a “superstar”, Wazir tweeted, “Squadron Leader Hassan Siddiqui after destroying an Indian jet this morning. Nation is proud of our defenders! It's because of this power too that a stunned India now wants de-escalation!”

The poise, confidence and command that have sent shivers down the spines of those who dream about taking on our mighty Armed Forces!#PakistanAirForceOurPride 🇵🇰#WeSupportPakistanArmy pic.twitter.com/vmKYeOz7iI

However on Thursday, Wazir tweeted Siddiqui had shot down a Indian Air Force MiG-21.

Both Wazir, on Thursday, and ARY News also shared an apparently earlier publicity video of Siddiqui flying an F-16.

Not surprisingly, Hassan Siddiqui has become a social media sensation in Pakistan, with images and videos of him going viral, despite the apparent contradictions in claims and lack of clarity.