Afghan Taliban, US to hold peace talks on Wednesday 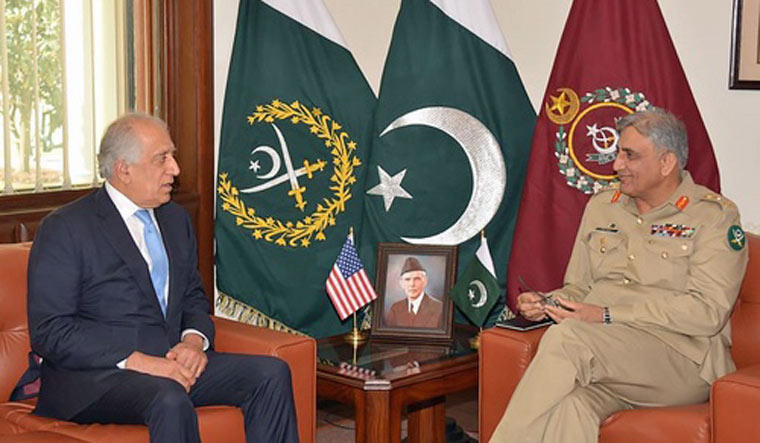 The Taliban will meet US representatives to talk about peace. The officials initially meant to meet in Saudi, changed the venue to Qatar. The officials will convene tomorrow and government officials from Afghanistan will not be involved, said a senior Taliban member.

Senior leaders from both groups had met in December to talk peace. The talk had reconciliation of Afghanistan from the 17-year old war as the main topic. The leaders had met in United Arab Emirates around mid-December. Pakistan took credit for bringing Taliban insurgents to the negotiating table and negotiate with the US. UAE officials too, were part of the talk.

This time round, the leaders of the Taliban and US Special Envoy Zalmay Khalilzad will discuss the withdrawal of foreign forces and a possible ceasefire in 2019.

The Taliban have rejected numerous requests from regional powers to allow Afghan officials to take part in the talks, insisting that the United States is their main adversary in the 17-year war and that Kabul is a "puppet" regime. Taliban has been wanting to impose Islamic law in the state since 2001 after the US ousted them. The group called for change of venue for the meeting from Saudi Arabia because of Riyadh's insistence on bringing the Western-backed Afghan government to the table.

The talk will be a fourth in the series of talks to move towards peace. This time, the talk will revolve around withdrawal, prisoner exchange and the lifting of a ban on movement of their leaders. Pakistani and Iranian officials said they were trying to persuade the Taliban to meet Afghan officials. Another senior Taliban leader said no other country would be involved. "This time we want to hold talks with the American officials," said a Taliban leader based in Afghanistan.

The war in Afghanistan is Americas longest overseas military intervention. It began in 2001after the September 11 attacks urging the country to give up Al-Qaeda leader Osama bin Laden. The war has cost Washington nearly a trillion dollars and killed tens of thousands of people. The country had deployed more than 100,000 troops in the country, withdrew most of its forces in 2014, but still keeps around 14,000 troops there as part of a NATO-led mission aiding Afghan security forces and hunting militants.

Last month, US President Trump announced plans to withdraw thousands of troops from Afghanistan. This triggered uncertainty in Kabul which depends on the United States and other foreign powers for military support and training. The US Embassy in Afghanistan did not immediately respond to a request for comment.