Rahul Dravid: How the 'Wall' laid foundation for U-19 triumph 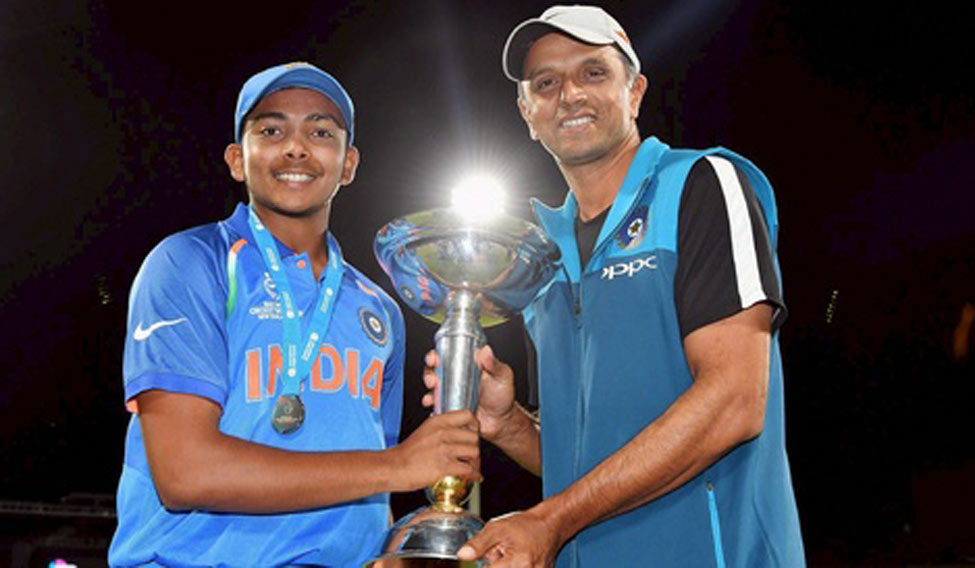 “Every Indian is delighted, all credit to Rahul Dravid for committing himself to these young kids, and a legend like him deserves to lay his hands on the WC. Only Fitting”—Virender Sehwag tweeted immediately after the boys in blue lifted the ICC Under-19 Cricket World Cup trophy at the Bay Oval in Tauranga, New Zealand.

There is absolute unanimity in Indian cricket fraternity that the presence of Dravid as coach of the India U-19 team has been the main guiding force behind Indian colts' journey towards becoming champions for the fourth time. Indeed, there was the unmistakable stamp of Dravid on the team, both collectively and individually.

Speaking to The Week, chairman of the junior selection committee, Venkatesh Prasad mentioned the role Dravid played in shaping the young team. “I think the boys were extremely fortunate to have Rahul Dravid as coach by their side. One gets to learn a lot, and more importantly become better players in future.”

Dravid gave up a lucrative contract with IPL franchise Delhi Daredevils to take up the job of head coach of the Under-19 and India A teams. There aren’t many in Indian cricket who would choose working on future of Indian cricket over an IPL job that is a few months per year job. That he chose the more difficult one, respecting the conflict of interest that was there while doing both jobs cannot be overlooked.

The work on preparing a team for this world cup started over a year-and-a-half back. Over 40 players were identified and given opportunities by the junior selectors and the coaching staff which also includes bowling coach Paras Mhambrey and fielding coach Abhay Sharma. Players were “watched” and their progress tracked diligently. Exposure was given to them in different conditions.

State, individual coaches have acknowledged the influence of Indian Under-19 coaches on their wards. Shubman Gill, who scored a match winning century in the semi-final against Pakistan, mentioned how he stuck to Dravid’s advice of playing all the shots along the ground which helped him to score 102 in the match.

Dravid’s connect with the youngsters was evident from the manner in which the boys photo bombed him while he was being interviewed post the final match.

Even during these moments of delirious celebrations, Dravid’s words of caution rang loud.

Ahead of the semi-final against Pakistan many of the U-19 players were glued to the internet and WhatsApp on the IPL auction. A few of them like Shubham Mavi, Kamlesh Nagarkoti, Shubman Gill and Prithvi Shaw went for big bucks to various franchisees. Dravid then got them to switch off their phones for the next few days to focus on the job at hand—winning the next match. The boys didn’t disappoint him as they crushed Pakistan to continue their march to the finals.

“Hopefully its not a win that defines them. Hopefully they go on to bigger and better things,” Dravid said. "It’s a bit embarrassing that I have been getting all the focus but this is all about the support staff” added the modest legend.

Indeed, these boys have been lucky to have Rahul Dravid as their coach and mentor—this will be an experience that will define their future careers.

Your form could not be submitted.
This browser settings will not support to add bookmarks programmatically. Please press Ctrl+D or change settings to bookmark this page.
Topics : #Rahul Dravid | #U-19 ICC World Cup | #cricket