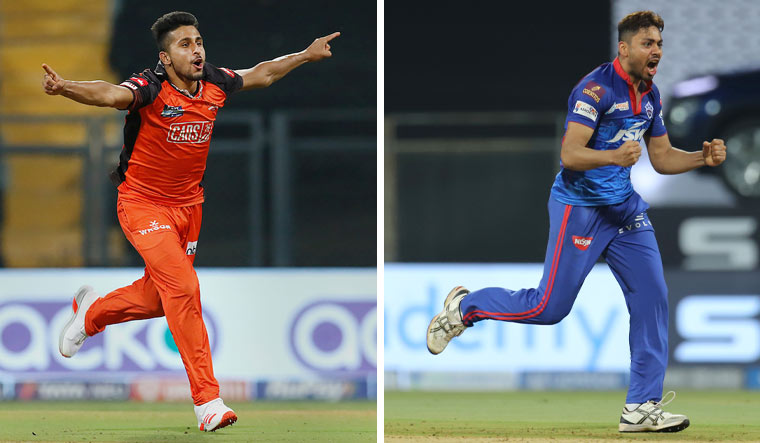 THE ART OF RAW, fast bowling can make stadiums come alive. In Umran Malik, India has found its newest artist. “They can’t play him! Bowl it straight, bowl it fast, hit the stumps!” said a commentator, during the 22-year-old’s spell in a recent Indian Premier League match. Playing for Sunrisers Hyderabad, Malik dismantled the Punjab Kings’ batting with figures of 4 for 28. Stumps were splayed along the way; some batters saw a spike in their heart rate. It was an exhibition, and the crowds knew it.

The SRH dugout knew it, too. Among them sat one of the most feared bowlers of all time—Dale Steyn. The former South African pacer—who used to look furious as he steamed in to bowl—now wears a smile as he talks of his Kashmiri ward. “He is an all-out fast bowler,” Steyn told THE WEEK. “Some of the stats—above 90 per cent of his deliveries are around 142 to 145kmph—tell you he is looking for pace all the time. This makes batters think differently in the way they approach him and where they score off him.... That is the reason he has picked up wickets. The message to him is to keep things simple. [Just] stay straight, look to attack the stumps, use the bouncer, be smart when you want to change pace, and bowl to your field.”

Though he is yet to wear the India blue, Malik has been near unplayable in orange. A contender for the purple cap (most wickets), Malik has taken 15 wickets in nine matches. As of now.

Last season, Malik became only the fourth player from Jammu and Kashmir to play in the IPL. A tennis-ball cricketer from the gullies of Jammu, his name spread as quickly as his deliveries on the local circuit. But it was only at 17, at the instance of his friends and coaches, that he acquainted himself with the leather ball. He went to the Maulana Azad Stadium to try his luck, and coach Randhir Singh Manhas liked what he saw. He asked the lad to join his academy. Soon enough, Malik played in the U-19, U-23 and the Jammu and Kashmir Ranji teams. Then came the IPL contract last year. A few performances later, he got the call-up to bowl in the nets for the national team during the T20 World Cup.

Said former India pacer and Jammu and Kashmir coach Sanjeev Sharma: “If he continues like this, he will be a very good prospect for India.” He felt that a stint at the National Cricket Academy would help. “He is a bit raw, but he is a quick learner,” he said.

Steyn, though, said he is ready. “How India uses him is up to them, but he is certainly capable of playing international cricket,” he said. “One guy bowling 150kmph consistently; I think every international team will want him. How and where you use him is critical.”

The challenge will be to maintain the pace and avoid injury. “[No need to] try anything too different, stick to what you know and what works for you,” said Steyn. “The moment you start introducing different things to your body, maybe in the gym or in the bowling action, that is when injuries sneak in. For him, it is about managing what he does.”

Malik aside, a battery of upcoming pacers has also impressed with its skills and courage this IPL. There is Arshdeep Singh (Punjab Kings), Kuldeep Sen (Rajasthan Royals) and Mohsin Khan (Lucknow Super Giants), to name a few. 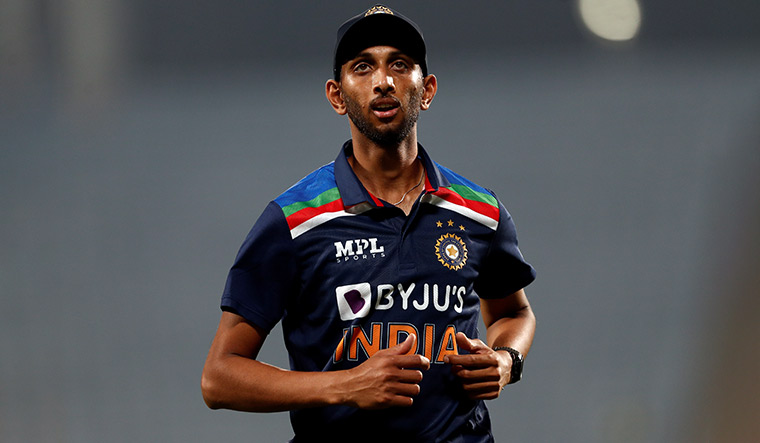 But this talent rush is not an IPL 2022 exclusive. Others on the list, across formats, include Navdeep Saini (Delhi), Kartik Tyagi (Uttar Pradesh), Avesh Khan (Madhya Pradesh), Prasidh Krishna (Karnataka), Sandeep Warrier (Kerala), Ishan Porel (West Bengal) and Shivam Mavi (Uttar Pradesh). All of them are not just earmarked as travelling net bowlers, but are also part of the India A setup. They all have IPL gigs, too.

Said Madhya Pradesh coach Harvinder Singh Sodhi: “In his (Avesh Khan) journey as a bowler, the IPL has played a huge role. There he gets to interact with international players and coaches and bowl at top players.” Khan, 25, played for the Delhi Capitals before joining LSG this year. A part of the Ranji setup, he considers red-ball cricket his strength. “One of the differences I see in him while travelling for India tours is that he has grown in self-belief and confidence. The change has been mental,” said Sodhi.

Krishna, who plays for the Rajasthan Royals and is also on the national team’s radar, made his ODI debut for India against England in Pune in 2021. At six foot two inches, the 26-year-old could fit into ‘the Ishant Sharma’ slot, and was also a backup bowler for the Oval Test in England last year. Said Omkar Salvi, the assistant bowling coach at his previous team, Kolkata Knight Riders: “[He is] a bowler with a rare quality—he bowls 145kmph-plus consistently, has good bounce off the pitch, but, more importantly, he is a thinking bowler who has narrowed down his thought process.” All he needs is more exposure, he added.

Krishna’s former KKR teammate Mavi had burst onto the scene at the 2018 U-19 World Cup. However, injuries kept the Noida boy down for a while before he settled into the KKR team. Said Salvi: “Injury setbacks happen to all pacers. He returned stronger and handled his injury time well. He improved his skillset and is very deceptive.”

Recovering from a stress fracture in his back, Mavi spent a lot of time training alongside veterans like Bhuvneshwar Kumar at a private facility in Noida during the Covid-19 lockdown.

Former India pacer and Gujarat Titans coach Ashish Nehra points to the bench strength as the major change since his playing days. “Earlier, if Zaheer Khan and I were bowling and one of us got injured, we had a young Irfan Pathan in his first year for the senior team. Now, you have Ishant and Umesh [Yadav] waiting for a chance to play, and Saini or a young Tyagi bowling in the nets. The India A tours and the IPL, too, have made a huge difference for those coming into the senior squad.”

Across formats, an Indian captain now does not have to deal with a lack of fast bowlers, be it through injury of dearth of depth. “To realise today we have a group of fast bowlers where we are so confused before the start of the game who to play, I could not be happier,” former captain Virat Kohli had said ahead of the third Test against South Africa earlier this year.

In the past four years, be it at home or away, the likes of Jasprit Bumrah and Mohammed Shami have delivered for India. But this was no overnight success. There was a process in place, and the coaching staff, along with the bowlers, share equal glory. Former head coach Ravi Shastri and bowling coach Bharat Arun, alongside physiotherapists Patrick Farhat and Nitin Patel, and trainer Shanker Basu, worked with the coaches at the NCA to mould the next generation. Rahul Dravid, now head coach, was then NCA chairman. He worked with bowling coach Paras Mhambrey, physio Ashish Kaushik and trainer Soham Desai to deliver the goods.

“It’s an outstanding feeling,” Arun told THE WEEK. “It was the vision of Virat Kohli and Ravi Shastri to become the number one Test team, and, for that, we had to build on our fast-bowling department. We put a few systems in place and to see those systems working is a great feeling.”

Captain Rohit Sharma has inherited this pace arsenal from Kohli, and would add a few weapons of his own. Given this richness of resources, perhaps the mantra for the team going ahead—at least in the pace department—would be rotation, rest and recovery.

Said Arun: “Workload management was key. It is not easy to quantify how many overs a bowler should be bowling in a match, but we figured 20 overs in a week was optimal. Sometimes the load could increase, but then there is no point in pushing the bowler in practice post the match. Take enough rest, work on strength and conditioning. Yes, we have enough talent, but if we nurture them properly, we can get even better.”