Before Qatar 2022, Ronaldo was on par with Pelé, Seeler and Klose 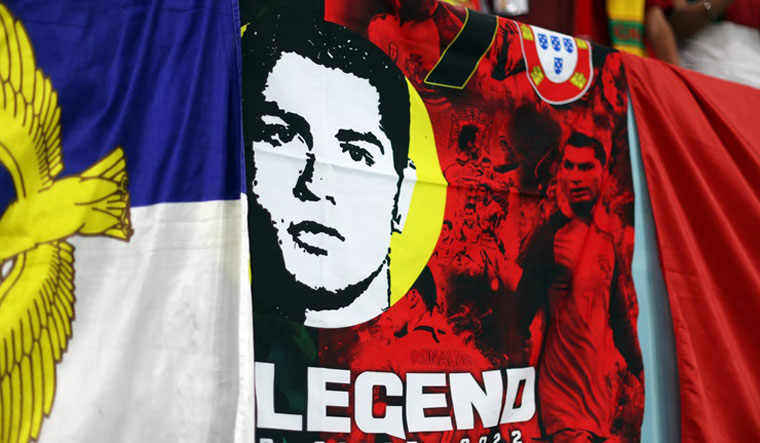 Portugal captain Cristiano Ronaldo became the first player to score in five editions of the World Cup when he scored against Ghana in the team's opening match of Qatar 2022.

Ronaldo converted a penalty in the 65th minute of the game.

Lionel Messi had also entered the club of players to have scored in four editions with his goal in Argentina's 2-1 loss to Saudi Arabia earlier this week.

Ronaldo now has eight goals from 18 World Cup games and is just one short of Eusebio's record of nine World Cup goals for Portugal (all in 1966). Ronaldo already holds the records for most international goals (now 118) and most Euros goals (14). The record for most World Cup goals is held by Germany's Miroslav Klose with 16.