Raja has reportedly refused to resign despite the political developments 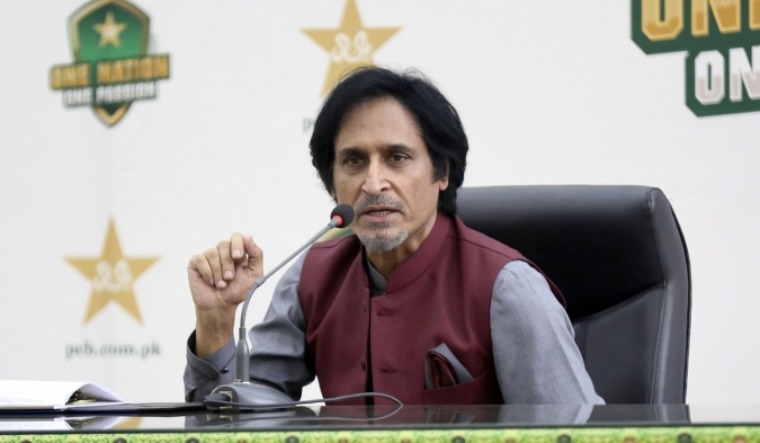 Following the removal of Pakistan Prime Minister Imran Khan from office, there is speculation that the country's cricket board chairman Ramiz Raja would also be ousted from his post. This is in keeping with the tradition in the country, where the prime minister—who is the PCB's patron-in-chief—has a say in the running of the board.

Raja was elected unopposed as chairman in September 2021 after he was endorsed by Khan. He played nearly half of his 255 international cricket matches under Khan's captaincy.

As patron-in-chief, Pakistan's prime minister can nominate two members of the PCB's governing board, who then become eligible to become the chairman. In practice though, the prime minister is said to have the final say in who gets the post.

Despite the rumours, Cricket Pakistan has reported that Raja has no plans to step down from his position voluntarily, and the new government has no immediate plans to replace the former cricketer.

The news outlet says that some people close to Prime Minister Shehbaz Sharif are eyeing the role of chairman but Sharif has not involved himself in this matter yet.

Raja is widely appreciated in the Pakistan cricket community for the work he has done since taking over the chairmanship, including the proposal he made before the ICC for a quadrilateral tournament involving India and Pakistan, though it was eventually turned down due to the already packed ICC schedule.

Raja has already overseen the ideation and announcement of the Women's Pakistan Super League, which will begin next year, as well as that of a junior T20 league in the country.

Meanwhile, Khan has said that Raja will decide his own future.

“Ramiz is free to make a decision regarding PCB chairmanship. He will decide his future himself,” said the former prime minister. “Ramiz is my player and he will compete against the opposition till last.”

Though Sharif is yet to decide on the chairmanship, most Pakistan publications say that is a matter of time before he Former chairman Najam Sethi, who is close to the Sharif family, is among the front-runners to become chairman in case Raja is removed.