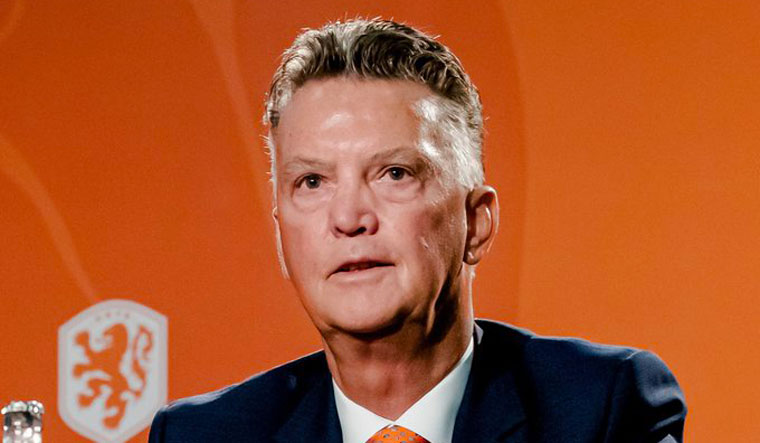 Netherlands coach Louis van Gaal says it is ridiculous that the FIFA World Cup is being played in Qatar this year, adding that suggestions that the world body is hosting the tournament there to develop football is “bull****”.

The Dutch have already qualified for the tournament having topped their qualifying group and will find out who they will play in the group stage on April 1. The tournament will be played from November 21 to December but is turning out to be one of the most controversial hosting selections in FIFA's history.

“It's ridiculous that we're going to play in a country to—what does FIFA say?—to develop football there," Van Gaal said on Monday, “and you do that by organizing a tournament in that country. That is bull****. But it doesn't matter. It's about money, commercial interests. That's what matters to FIFA.”

The 70-year-old coach was speaking at a press conference ahead of his country's friendlies against Germany and Denmark to be played over the next week.

The World Cup vote was dogged by corruption allegations that FIFA did not verify, and Qatar has been forced to improve working conditions after rights groups highlighted violations in the construction of the stadiums in the tiny Gulf country.

Thousands of migrant workers have perished in the run-up to the World Cup, raising questions about their rights.

Furthermore, there have been numerous accusations from human rights organisations about state-sanctioned abuse.

“Why do you think I'm not on a committee with my expertise? I've always opposed those kinds of organisations,” said van Gaal.

The coach is part of a commission within the Dutch FA (KNVB) which meets every month to evaluate the ongoing situation in Qatar with regards to human rights.

The KNVB has been among the few football associations to criticise human rights and working conditions in Qatar.

“I found the human rights issues quite overwhelming to piece together. But I think I’m quite clear on the areas of concern about this tournament,” said Southgate.

“The building of the stadiums was the first and there’s nothing we can do about that now. There are obviously ongoing concerns about the rights of workers and the conditions they live in.”

“It seems universally accepted that’s better than it was but not in the position where people think it could be and that maybe policies that have been put in place are not always enforced as they might be.”

The tournament in Qatar will be the first World Cup to be held in winter.