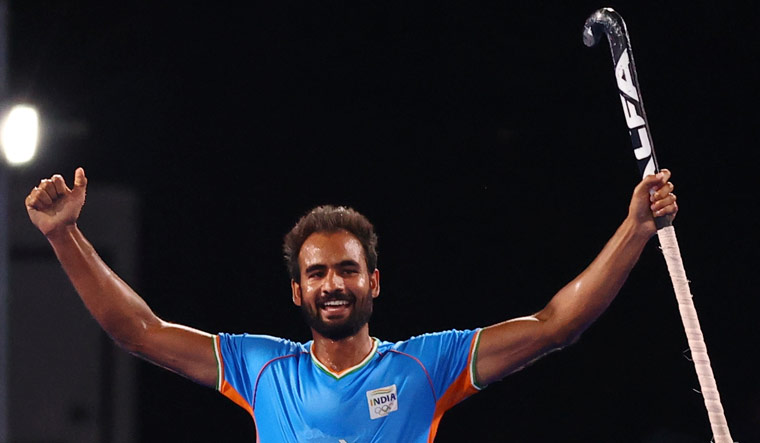 India have now reached the semi-finals at the Olympics for the first time since 1972, a gap of 49 years (the 1980 Games did not have a semifinal match as only six teams were participating).

India began strong despite some initial domination by Britain, with Dilpreet Singh scoring the first goal for the team in the first quarter of the game.

India managed to mount pressure on a defensively strong Britain team after the first goal, and forward Gurjant Singh struck in the second quarter, to give India the psychological advantage. Great Britain had better possession, but were unable to convert it to goals in the first half.

After the second goal, India went into the defensive mode, but suffered a setback when Dilpreet Singh was green-carded, forcing the side to play on with 10 men on the field. Britain then went on to score after a penalty corner, with Samuel Ian Ward scoring just before the end of Q3.

Britain got another chance in the 47th minute with another penalty corner, but they were unable to score what would have then become the equaliser.

Hardik Singh added another to India’s tally after a skillful solo run. While goalkeeper Olli Payne knocked back his first shot, Hardik struck the rebound and scored from an even tougher angle.

India now have a shot at a medal, which would be its first in field hockey since the gold medal in 1980.

The last time India featured in the semifinals of the Olympics was in the 1972 Munich Games where they lost 0-2 to arch-rivals Pakistan.

India will take on world champions Belgium in the semifinal on Tuesday.