Poland's swimming federation had accidentally included 23 swimmers in its squad 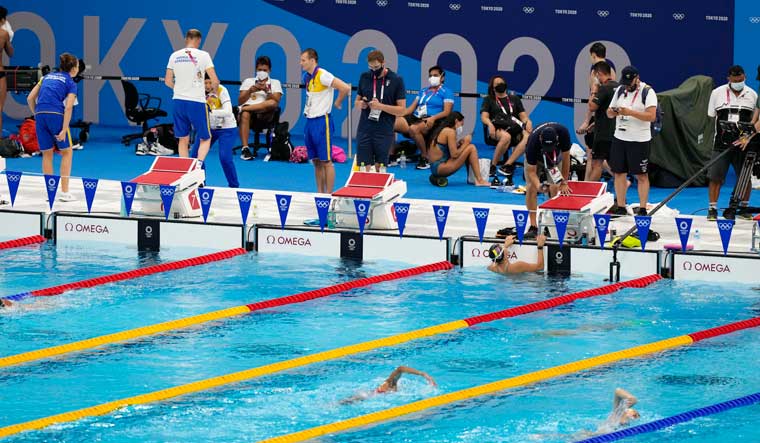 Athletes gather at the pool during a swimming training session at the Tokyo Aquatics Centre at the 2020 Summer Olympics. July 21, 2021, in Tokyo | AP

Six Polish swimmers, who came to participate at the Tokyo Olympics, were asked to return home for exceeding the limit set by International Swimming Federation FINA.

The president of Poland's swimming federation PZP apologised for this administrative error that brought 23 swimmers to Tokyo Olympcs. FINA rules cap the number of swimmers at 17.

PZP President Pawel Slominski said he fully understood the anger of the swimmers who returned home over the weekend, according to Reuters.

"I express great regret, sadness and bitterness about the situation related to the qualification of our swimmers for the Olympic Games in Tokyo," Slominski said in a statement.

"Such a situation should not take place, and the reaction of the swimmers, their emotions, the attack on the Polish Swimming Federation is understandable to me and justified."

Slominski said the error was due to the "desire to allow as many players and coaches as possible to take part in the Games".

Several Polish swimers signed an open letter to the PZP and sought the resignation of the entire board.

Expressed her anger on Facebook, Tchorz commented: "Imagine dedicating five years of your life and striving for another start at the most important sporting event ... giving up your private life and work, sacrificing your family ... your dedication results in a total flop."

"I'm deeply shocked by what happened... this is an absurd situation for me that should never have happened. In fact, I hope to wake up from this nightmare eventually," Chowaniec said on Instagram.