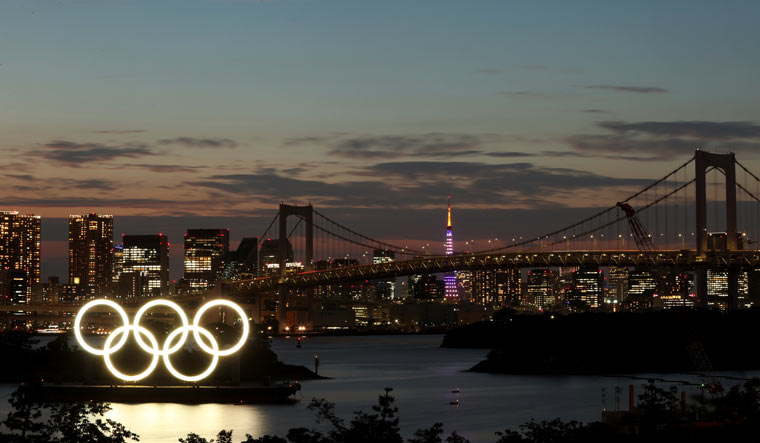 WHO director general Tedros Adhanom Ghebreyesus has backed the Tokyo Olympics going ahead despite the COVID-19 pandemic. His statement came hours after the CEO of the games organising committee conceded a last-minute cancellation cannot be ruled out.

Speaking to the International Olympic Committee on Wednesday, Ghebreyesus was quoted by Associated Press as saying, "Tokyo Olympics should not be judged by how many COVID-19 cases arise because eliminating risk is impossible."

"The mark of success is making sure that any cases are identified, isolated, traced and cared for as quickly as possible and onward transmission is interrupted,” Ghebreyesus said.

Ghebreyesus was quoted by Reuters as sayings the world needed the Olympics as "a celebration of hope". "The Olympics have the power to bring the world together, to inspire, to show what's possible... May the rays of hope from this land illuminate a new dawn for a healthy, safer and fairer world," Ghebreyesus said.

On Tuesday, Olympic organising committee CEO Toshiro Muto conceded, "We cannot predict what the epidemic will look like in the future. So as for what to do should there be any surge of positive cases, we'll discuss accordingly if that happens... At this stage, the coronavirus situation might get worse or better, so we will think about what to do when the situation actually arises," CNN reported.

Meanwhile, the total number of COVID infections associated with the Olympics rose to 79 on Wednesday. Giving details of the cases, Kyodo News reported, "On Wednesday, the committee logged eight new cases, including an athlete from overseas who was not staying at the athletes' village. An official later identified the athlete as a female taekwondo competitor from Chile. According to Chile's national Olympic committee, the athlete, Fernanda Aguirre, will not be able to compete at the Olympics because she will be required to isolate for 10 days or more. Of the eight, the only case confirmed at the village was a person who had come into close contact with the Czech beach volleyball player who tested positive for the virus earlier this week. The player had 12 close contacts...”