Summers is accused of having child abuse videos, and of grooming a minor 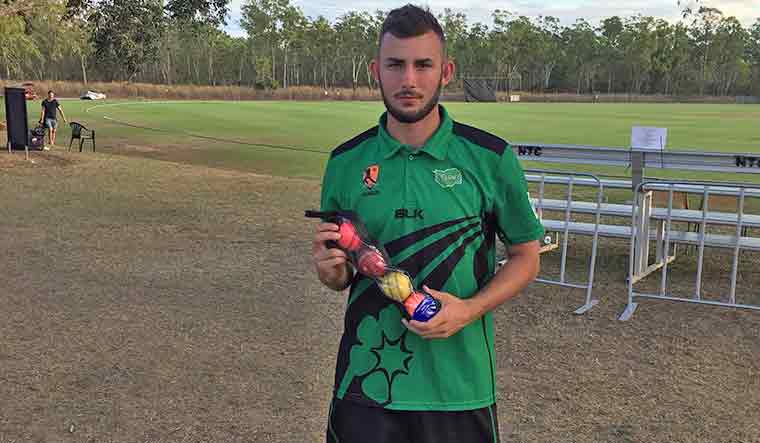 File photo of Aaron Summers | Via his Twitter handle

Australian domestic cricketer Aaron Summers, who has also played in the Big Bash League, was produced in a court in Darwin on Monday after being charged with child abuse.

The 25-year-old fast bowler was charged with two counts of possessing child abuse material and one count of grooming a minor.

"A matter was brought to the attention of NT Cricket and was immediately actioned in accordance with our member protection policy. In line with the policy the matter was referred to the relevant authorities and is now being handled by police," Cricket Australia (CA) said in a statement according to the Sydney Morning Herald.

Summers represented Deccan Gladiators in the Abu Dhabi T10 league and has also played domestic cricket in Pakistan, the first Australian player to do so. He turned out for Southern Punjab in the Pakistan Cup.

According to the leading Australian newspaper, acting senior sergeant Paul Lawson called the act "despicable" in a statement.

"The behaviour is despicable. Young people should be able to enjoy their childhood without the fear of predators approaching them for their own appalling intentions. The Northern Territory JACET will continue to work with national and international partners to keep the most vulnerable in our community safe," Lawson said in the statement.

Hailing from Perth, Summers played one game for the Hobart Hurricanes in 2017 BBL and three one-dayers with Tasmania, for whom he made his debut in 2018. P